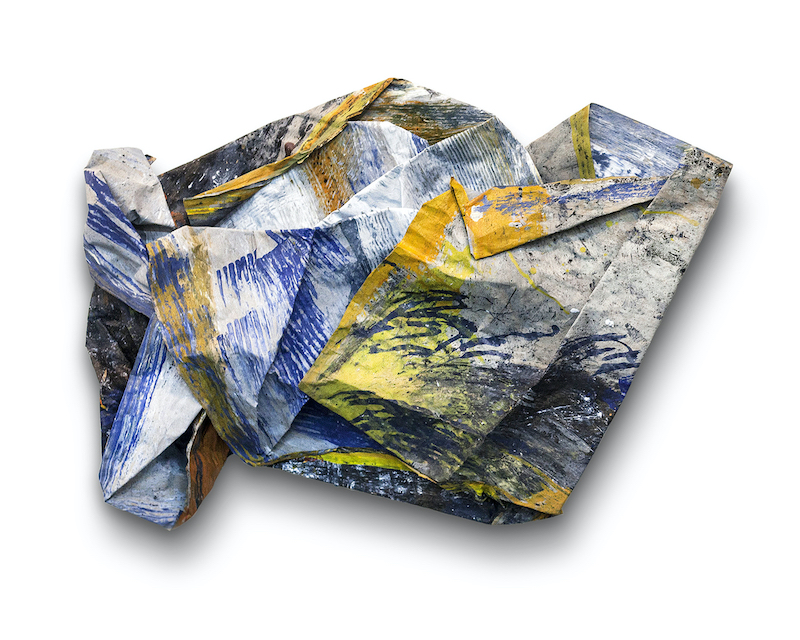 VSThe Ranbrook Art Museum in Bloomfield Hills has a range of new exhibits for fall 2021. James Haefner: Modern Michigan and Cranbrook Building: Saarinen, Michigan, both of which opened earlier this month, are architecture-focused photo exhibitions, and Allie McGhee: Banana Moon Horn and Olga de Amaral: Weaving a rock, debuts this weekend and features the work of two artists linked to the Detroit metro area.

â€œThis season’s exhibitions underscore the dual mission of the Cranbrook Art Museum, one related to collecting and interpreting the work of influential alumni of the Cranbrook Academy of Art and the achievements of Detroit-based artists. Olga de Amaral and Allie McGhee are eminent examples of this mission, â€says Andrew Blauvelt, director of the Cranbrook Art Museum, in a press release. At the same time, we celebrate the impact Michigan has played in the development of modernism in America, and in this regard, Eliel Saarinen’s Cranbrook campus and the more than 40 examples of significant architecture found across the state and captured by photographer James Haefner offer a resounding case for such excellence.

Find out more about the exhibits below, and stop by the Cranbrook Art Museum from 6 p.m. to 9 p.m. tomorrow for an opening night preview of the fall 2021 season. The event is free for museum members and $ 20 for general admission.

Photographer James Haefner presented his photographic project highlighting Michigan’s Mid-Century Modern movement at the Dennos Museum Center in Traverse City and at the Marshall M. Fredericks Sculpture Museum in Saginaw County. Now his work can be seen at the Cranbrook Art Museum.

On view until January 9 James Haefner: Modern Michigan includes photographs of over 40 buildings, including the GM Tech Center in Warren, the McGregor Conference Center at Wayne State University in Detroit, and the Douglas House in Harbor Springs. Visitors to the exhibit will also find interpretive texts by Brian D. Conway, author of the 2018 book. Modern Michigan: an architectural heritage, which presents Haefner’s photos.

A public lecture with Haefner and Conway will take place at 6 p.m. on November 4. For this event – along with the other associated with the fall 2021 exhibits – Cranbrook will host the in-person discussion at the museum and broadcast it live. Those interested can register online.

Eliel Saarinen is the architect of the Cranbrook campus. In conjunction with Modern Michigan, the museum also presents a gallery of photographs by Haefner of the buildings of the Finnish architect.

On view until January 6, Cranbrook Building: Saarinen, Michigan features photographs of Kingswood School, Academy of Arts Library and Art Museum, Saarinen House, and more. At 6 p.m. on December 2, the museum will hold a public lecture with Blauvelt, who will discuss the architecture on display in the exhibition.

Mixed abstract artist Allie McGhee has been a part of the Detroit art community since the 1960s. Her work has been featured in exhibitions across the country and is in the collections of the St. Louis Museum of Art, Detroit Institute of Arts, the Studio Museum of Harlem, etc.

Allie McGhee: Banana Moon Horn – his largest retrospective to date – will feature some of his important past works as well as new pieces created specifically for the exhibition. â€œI look forward to showing the arc of my creative practice through the exhibition at the Cranbrook Art Museum,â€ McGhee said in a press release. â€œFor the first time, I will be able to show a large selection of my work over decades and highlight the links between years of practice. “

The exhibition opens to the public on October 30 and will be in the museum until February 13. McGhee will join Laura Mott, senior curator of contemporary art and design at the Cranbrook Art Museum, in a conversation at 6 p.m. on November 11 to discuss her work.

Also starting on October 30 and until February 13, this exhibition presents the work of Latin American artist Olga De Amaral. A student at the Cranbrook Academy of Art in the 1950s, Amaral is a textile and visual artist who creates large abstract sculptures. She now lives in BogotÃ¡, Colombia.

Olga de Amaral: Weaving a rock comprises 40 pieces and covers more than five decades of Amaral’s career. The exhibition, which was on view at the Museum of Fine Arts in Houston before traveling to Cranbrook, is the artist’s first major retrospective in the United States.

The museum will host a curatorial conference on the exhibition at 6 p.m. on October 30. Mott and Anna Walker, former assistant curator of decorative arts, crafts and design at the Museum of Fine Arts in Houston, will discuss how Olga de Amaral: Weaving a rock came together.

For more information on exhibitions and events, visit cranbrookartmuseum.org.

No Credit Check Loans: Are They Worth It Or Should You Look Elsewhere?

Eclectic Embrace art exhibition at Gallery 78, reinvents life in the pandemic and the new normal