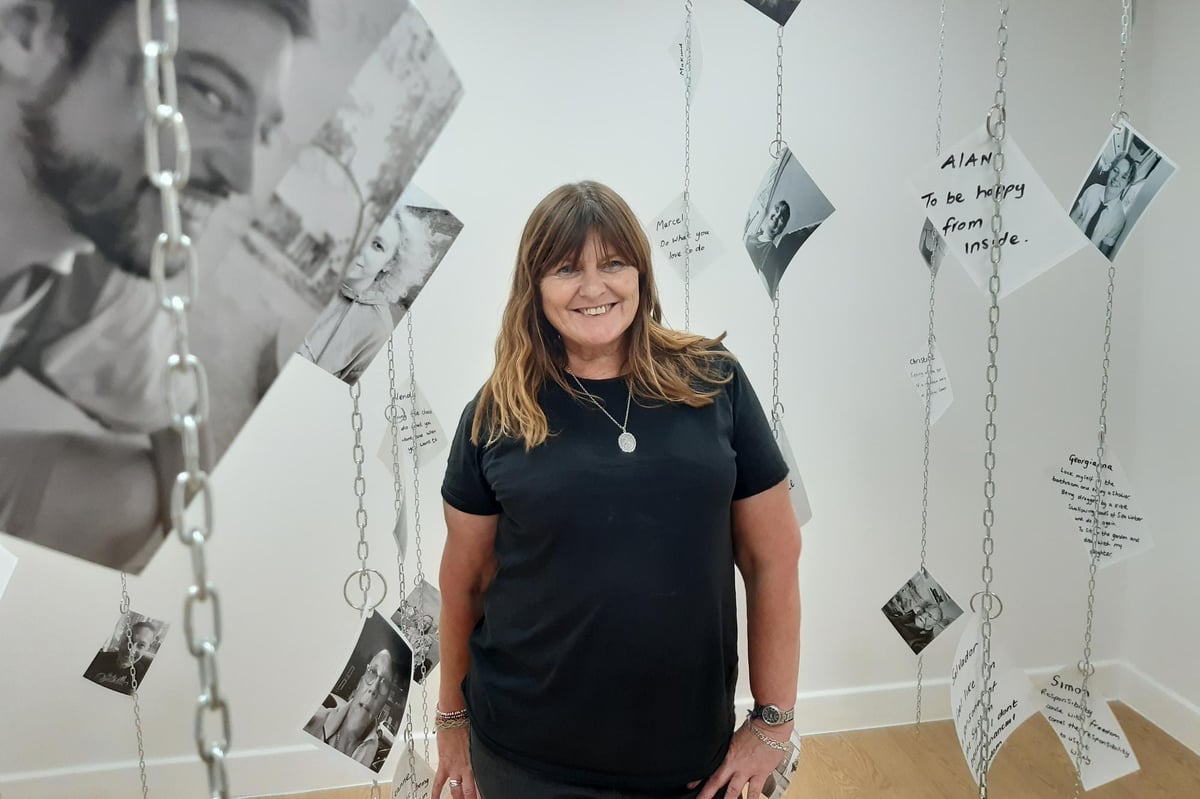 The installation, titled “Freedom Is..? is a striking collection of 64 black and white photos suspended by chains from the ceiling of the market’s art exhibition space.

It is the work of Carolyn Sillis, one of 10 resident artists based at Market House Studios, a creative arts center based above the market which allows them to rent a studio at Wyre Council.

Carolyn, 51, from Fleetwood, works in a variety of media, including photography, but primarily paints on canvas and has developed a following for her work over the past two decades.

Carolyn Sillis with her artwork, “Freedom Is” at Fleetwood Market

Her market display was inspired by a recent three-month trip to South America where she spent time traveling through Peru.

She said: “It basically explores the concept of freedom and what that means to different people.

“When I was traveling in Peru, I met all kinds of different people from different countries and backgrounds, and we would end up having conversations about what we were doing there.

“One of the themes that kept coming up was ‘freedom’ and I found it interesting what that meant to different people and how they thought they could achieve it.

“Most of the people on display were complete strangers I first met on my trip, but some of the photos of people I know from Fleetwood.

“I wanted to contrast the different experiences and faces.”

On the back of each photo is a brief statement from the subject about what freedom means to them.

The exhibition will be on view until August 30.

Carolyn, who worked as a taxi driver to support her work as an artist, is currently creating a new work on large canvas, using different paint mediums.

For 25 years the Market House sat empty, but it now has a new lease of life and is ready to make a creative contribution to Fleetwood Market.

A studio is reserved for community projects, classes and exhibitions, as well as gallery space within the market itself.