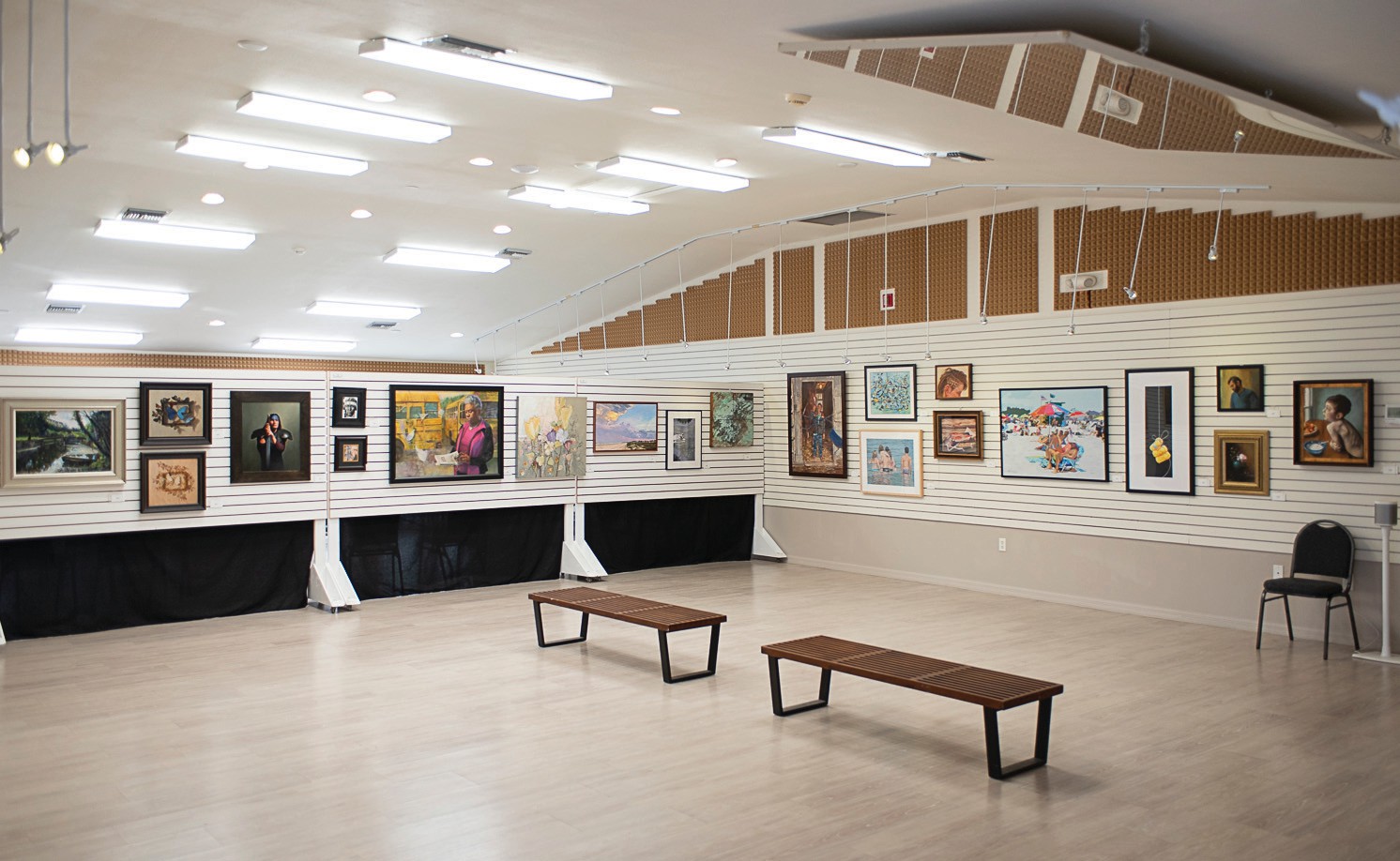 It is perhaps not fair to say that the two-dimensional paintings, drawings and illustrations that adorn the walls of the Visual Arts Center of Punta Gorda represent the finest exhibition ever hung in its halls. But it would be difficult to say that they are not either. Suffice to say that the National Art Biennial is a beautiful spectacle that surprised more than one. And it’s certainly moving, which is the whole point of art — at least according to event juror Dean Mitchell.

The exhibition is now open to the public and will remain in place until April 16.

According to Jill Lindsay, exhibition coordinator at the ACC and co-chair of the National Art Exhibition, this year’s call for artists has generated more than 400 submissions from more than 200 artists.

“The national exhibition we have every two years, and this is our 13th biennial exhibition, so it’s been 26 years,” Ms Lindsay said. “We have art from all over the world. We had three entries from China, one from Taiwan, Canada, and most of the United States.

Some art lovers had the opportunity to preview selections from the exhibit, as they do here at Rebecca Hall. SAMUEL BURNLEY / FLORIDA WEEKLY

Entries for the show were submitted online digitally. Next, Mr. Mitchell, himself a nationally recognized painter, reviewed the submissions.

Mr. Mitchell lives in Tampa, although the judges generally come from outside the Sunshine State.

“But he’s fabulous and was available,” Ms. Lindsay noted, “so we said, ‘Come back.’ He judged the show 10 years ago, so he knows us well.

With 132 framed works of art of all sizes and descriptions, the National Art Exhibition occupies every element of the Visual Art Center’s Main Gallery, Goff Gallery and Rebecca Hall.

“We are thrilled with the quality of the art here in Punta Gorda,” said NAE Co-Chair Susan Fraley. “And Dean Mitchell, our juror, is pretty damn famous. And that he comes to us is a big problem. It got its start in small community art centers like this one. So it’s in his heart to help us promote ourselves and give back. 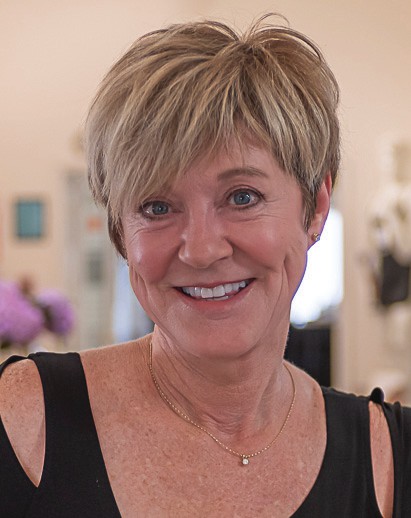 “We’re so excited we can’t take it,” exclaimed VAC Executive Director Janet Watermeier. “It’s wonderful. All this beautiful art in Punta Gorda. There were 407 entries, and they came from 26 states and five countries. And now we have 132 on the wall that have been accepted. Dean came in yesterday and judged them. Few of us know who won, but they won’t be revealed until the 24th, and it’s open to the public.

The awards ceremony and reception took place on Thursday, February 24, during which $8,000 in cash prizes were awarded, and the winning artists had to be on hand to claim their prizes and speak with those in attendance.

The 13th National Art Exhibition installation unofficially kicked off with a preview event on Thursday, February 17, followed by the official grand opening on Friday, February 18. 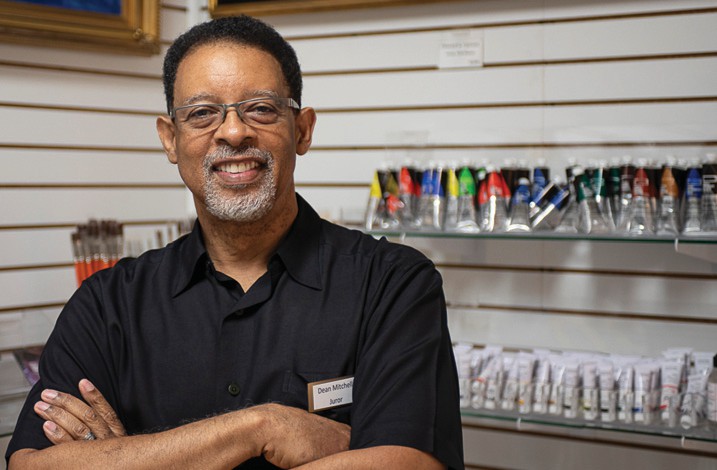 Before making public comments at the event, Mr. Mitchell, tucked away in the art supplies corner of VAC’s gift shop, shared insight into his evaluation process.

But first, understand that he is not only a talented painter, but also an accomplished painter, having been inducted into the National Watercolor Society at 23 and the American Watercolor Society at 28. He described his own beginnings as humble, growing up in poverty. and raised by his grandmother in Quincy. Her eventual mastery of oils, acrylics, pastels, and temperas, in addition to her favorite watercolors, began with a paint-by-numbers book bought by her grandmother. And although Mr. Mitchell’s own mother proclaims that a black man could never make a living ‘selling pictures’, that’s exactly what he did.

“The show is pretty strong,” he admitted. “I was really impressed by the quality of the work and the diversity. It was a varied amount of subject matter, different mediums, so it was a pretty tough show to judge. 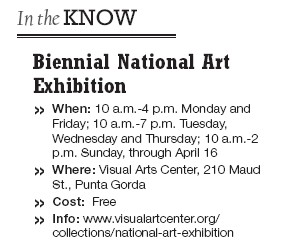 Mr. Mitchell would later explain that he could see both uncertainty and mastery in the very brushstrokes of a painting. And while initial selections for the show are made from digital images, a room’s scale – which can be very impactful – as well as other qualities must be witnessed in person.

“There are a lot of intricacies in the work that you can’t see on a screen,” Mr. Mitchell explained. “If the work is very tactile, it does not necessarily appear on the screen. My assessment is that I want to feel the hand of the artist.

“If it’s some kind of photorealistic piece, it’s better to do something interesting with the composition. You better take me beyond that – it doesn’t do much for me. I went through this stage as a painter, and I’m not hypnotized by technique that way. It must move me in some way. He has to grab me somehow emotionally. It’s the same when you read a good novel, or you see a good movie. There are certain things that grab you and hold you back, and a painting is no different.

Mr. Mitchell’s responsibilities included the selection of Best in Show and certain nominated awards (such as for portraiture), as well as awards of excellence and awards of merit, “based on what I believe to be qualitative”. , said Mitchell. “It doesn’t matter what medium it is. People will probably be pleasantly surprised by what I’ve selected.

Later in his address, after a series of thanks and introductions by Ms. Watermeier, Mr. Mitchell offered his advice for discovering his selections for the 13th National Biennial of Art.

“What I want you to do as you walk through this exhibit (is) not just look at it like pictures on a wall, but look at it as a reflection of someone’s life. When I look at a work of art, someone has taken a portion of their life time to create it. And so, as a viewer of art, when we look at it, understand that it’s somebody’s life that’s in front of you, and respect that, and try to look at it and get something out of it. . Whether you like it or not is not the issue. Does it move you? Does it change you in any way? That’s what art should do.

Mr. Mitchell concluded, “When I see works like this and a community that supports the arts, I can tell you that it brings me so much joy and excitement to be a part of it. ¦

The Art of Deaf Refugees, the work of a Deaf Persian artist on display at the RIT/NTID Dyer Arts Center