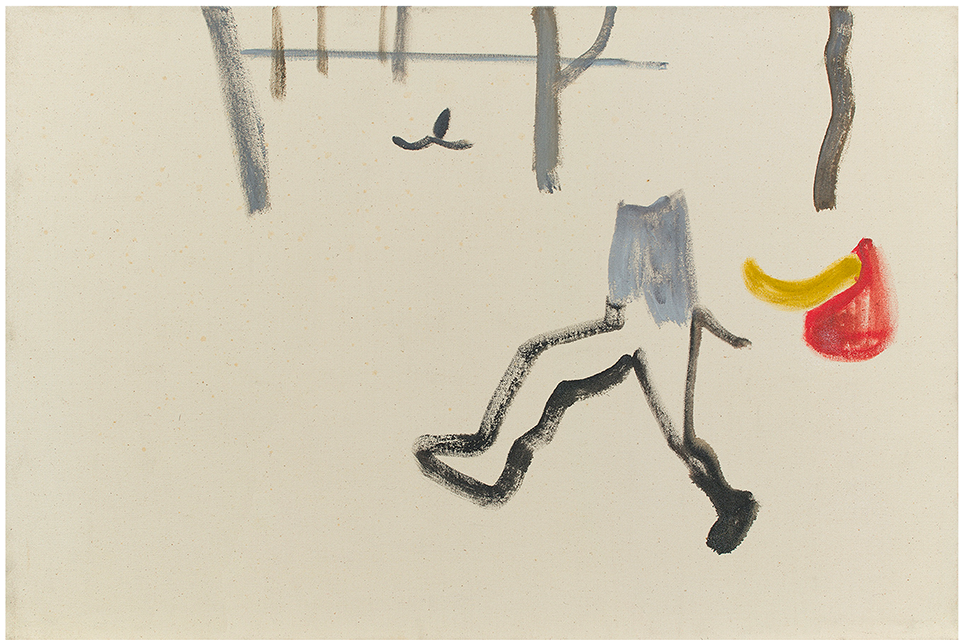 St. John’s University and the Dr. MT Geoffrey Yeh Art Gallery are pleased to announce a talk on Thursday, November 18, 2 to 3 p.m. with artist Frances M. Hynes’ 66Ed, in Queens , NY. A graduate of St. John’s, Ms. Hynes has exhibited her work for almost 50 years.

Its current exhibition, The Vagabonds, 1994-2001, presents more than 20 paintings focusing on her “Irish paintings”, a series of works that she produced in the 1990s after several trips to the Emerald Isle. It is visible until December 11.

Since graduating from St. John’s University in 1966, Ms. Hynes, a native of Bayside, Queens, has remained constantly involved in the New York painting scene, including a solo exhibition in 1980 at the ‘Institute for Contemporary Art, PS 1 (now MoMA PS1). , and solo exhibitions with June Kelly Gallery, Moe’s Meat Market, Poindexter Gallery and Terry Dintenfass, Inc.

A friend and peer of renowned artists such as Will Barnet, Lois Dodd, Robert Kobayashi, Deborah Remington, and Susan Weil, Ms. Hynes has produced decades of paintings on the human condition, the changing cityscape, and the natural world. Her trip to Ireland was a homecoming and the pastoral landscape of her family’s ancestral home had a significant impact on her work. A new lexicon of signs and symbols enters his painting: references to Celtic life, from pre-Christian traditions to modern tales.

This moment in Ms. Hynes’ practice gave rise to career-defining works that synthesize abstract and ephemeral landscapes, dissolving in color with ambiguous figures and creatures, often annotated with lines of text. These works tell a poetic story through art on migration, wandering and memory.

In 1995, Ms. Hynes accepted a visiting professor position at the Burren College of Art in County Clare, Ireland. For months she immersed herself in rolling hills of farmland, local healing wells teeming with waters believed to heal the ailments of believers, and the poetry of Seamus Heaney and William Butler Yeats.

For Ms. Hynes, this period of wandering and discovery manifested itself in paintings such as The vagabonds (1996), which depicts humanoids, horses and deer migrating through winter woods. departure, on loan from the Great Hunger Museum of Ireland to Quinnipiac University, tells the story of Irish migration due to the potato famine in the 19th century. Other paintings, such as Skellig OcherTake for example the archaeological sites of Ireland (for example, the medieval monasteries of the Skellig Islands, which are abandoned ruins that rest on craggy land alone in the Atlantic).

Overall, the exhibit is a retrospective look at a pivotal period in Ms. Hynes’ career, a journey into what makes us human and a longing for a homeland.