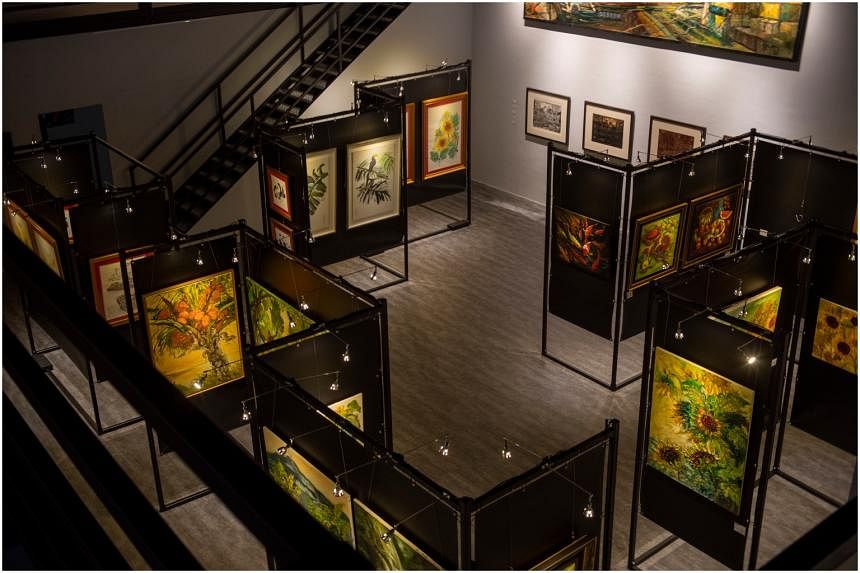 A small original collection of trinkets is on display in this exhibition, the National Archives of Singapore’s contribution to the series of events commemorating the 80th anniversary of the fall of Singapore.

One could quibble with the show’s modest scale and rather lackluster captions, which beg for more information and context. But there are intriguing artifacts and touching anecdotes from the vault of the archives.

A wide selection of military campaign sake cups mark the naked ambition of the Japanese military across Asia in the late 19th and early 20th centuries that would lead to the depredations of World War II.

A horribly detailed painting by Kato Takashi of the Battle of Bukit Timah on February 11, 1942 could have been used by the Japanese as patriotic propaganda. But the painter’s ambivalence is evident in his focus on the brutal cost of the campaign, with bloodied soldiers and corpses cluttering the scene.

There is a curious Axis souvenir in the form of a Meissen porcelain medal, commissioned by Adolf Hitler, commemorating General Tomoyuki Yamashita’s victory at Singapore.

Also of note in the related archive program is the premiere of the recently restored version of Blood And Tears Of The Overseas Chinese (1946) by the Asian Film Archive. Directed by Cai Wen-jin, it is Malaysia’s first Chinese-language post-war film. It tells the story of the wealthy Yang family. As the film was shot on location, expect to see many local landmarks that have mostly disappeared from the Singapore landscape.