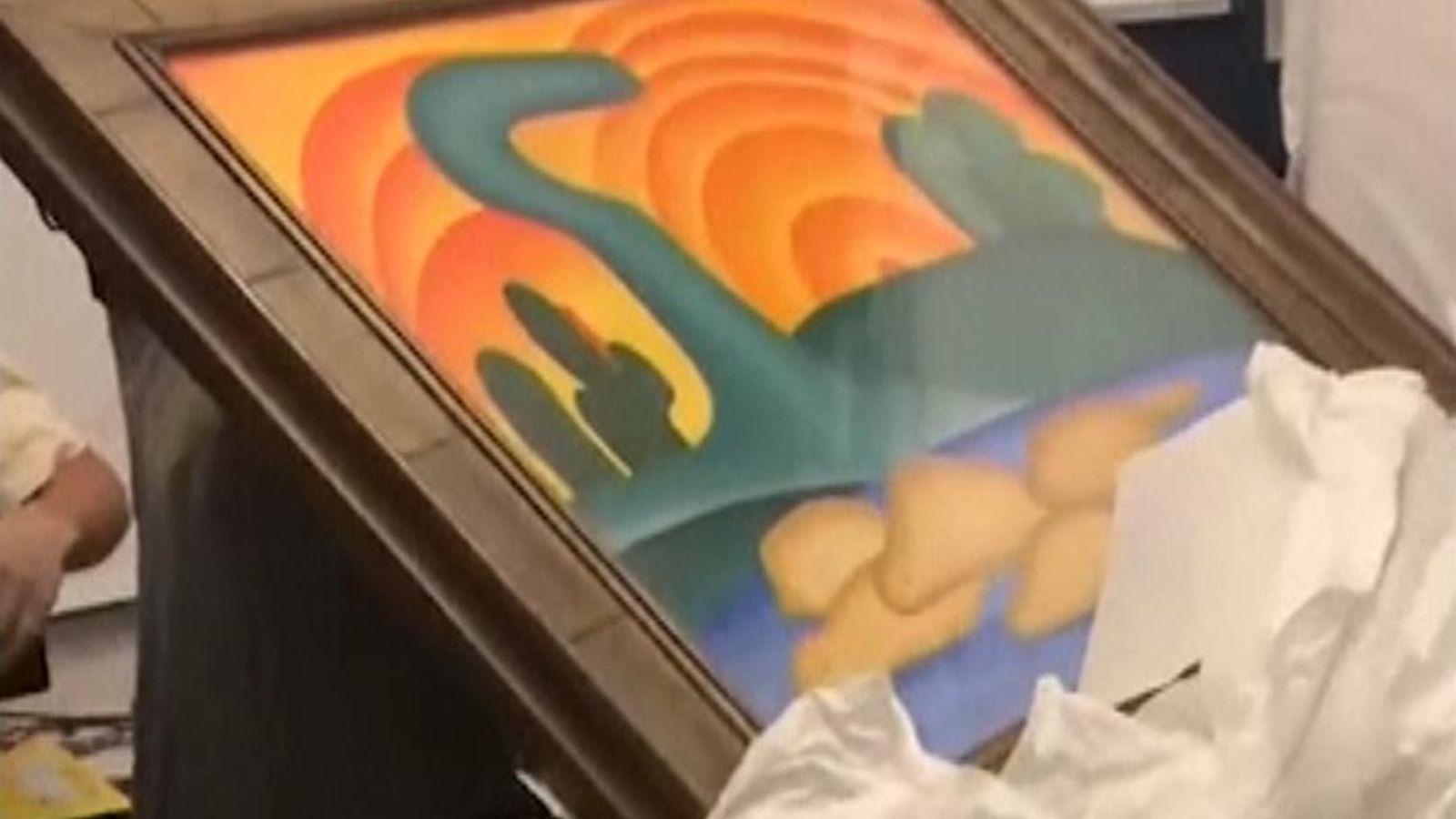 Millions of pounds worth of artwork stolen from an elderly widow in an alleged plot involving a diviner has been found by police in Brazil.

Officers believe six people were involved in the theft of the 16 paintings, which were valued at more than 700m reais (£113m).

Police say a plot to steal the works was orchestrated by the widow’s 82-year-old daughter, who is married to an art collector and dealer.

Video showed the moment officers discovered more than 10 rooms under a bed, with Sol Poente – a famous do Amaral painting of a sunset – found at the bottom of the pile.

“Wow. Look who’s there. Little beauty. Glory,” an officer could be heard shouting as she peeled the bubble wrap off the artwork.

The widow’s daughter was among those arrested on Wednesday, according to local media.

Police say the paintings were not taken during a burglary, but rather through a scam that included a self-proclaimed diviner.

In January 2020, the “fortune teller” approached the widow in Copacabana, Rio de Janeiro, and informed her that her daughter was sick and would soon die, police said.

It is claimed the widow, who has mystical beliefs, was forced to transfer a total of 5 million reais (£803,456) to the scammer over the course of two weeks for supposed spiritual treatment.

His daughter then reportedly sent staff back to their home to allow her accomplices to enter and take the artwork.

After the work was stolen, the group then threatened the widow, and she transferred more money, according to the police.

Of the 16 pieces, three were found in an art gallery in Sao Paulo, where the owner said he bought them directly from the woman’s daughter.

He told police he also sold two others to the Latin American Art Museum in Buenos Aires.

The world-renowned museum’s founder, Eduardo Constantini, purchased the works for his personal collection and to possibly display them in the future, a spokesperson told The Associated Press.