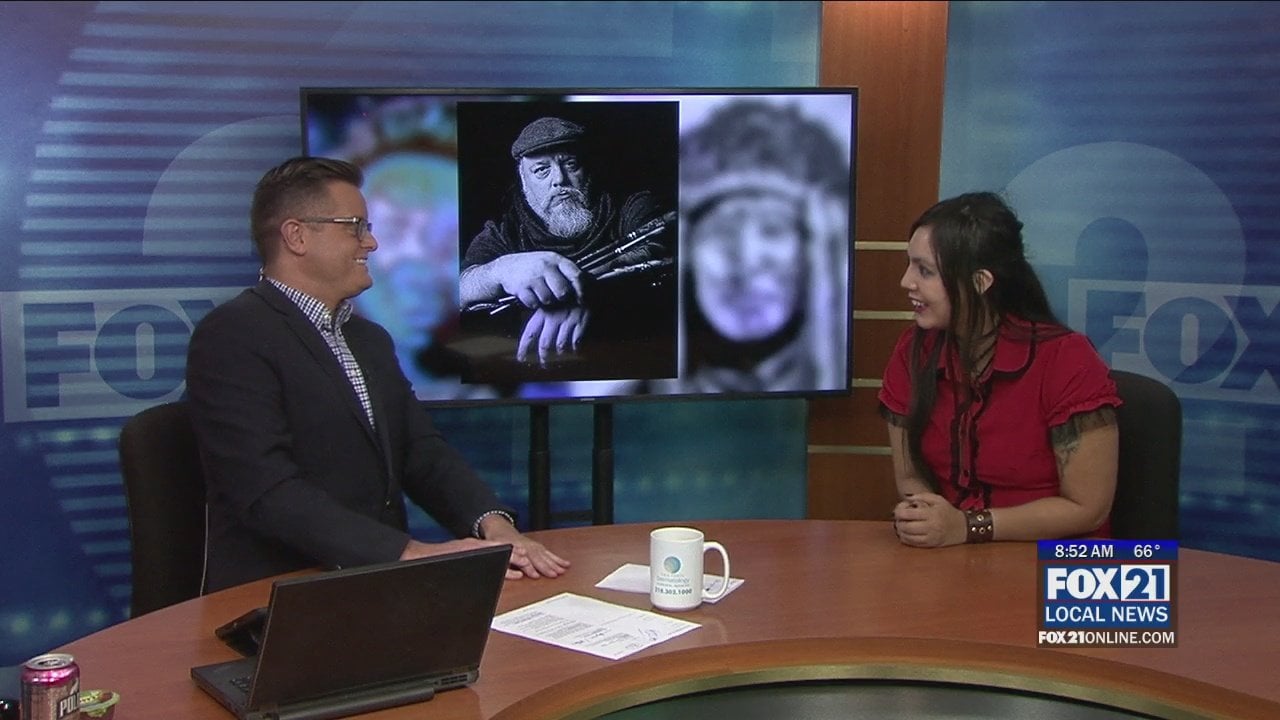 Click on the video to learn more about the exhibition and AICHO, and check out the press release below.

Shaun Chosa, a tribal citizen of the Turtle Mountain Band of Chippewa and painter/graphic artist, will show over 30 large-scale paintings that primarily feature new works depicting Indigenous portraiture, some with his pop culture artistic influence “Classic Shaun Chosa Style” for a long period of time in our AICHO galleries. Chosa had his first art gallery exhibited in Ely in 2000 and sold half of his paintings within the first hour of receiving the artist! Since then, he has shown his eye-catching, curious, beautiful, and captivating work at the Duluth Arts Institute and several other galleries across the state.

In his artist statement, he shares, “Using sepia images from the story as a base, I add color and juxtapose them with pop cultural themes and iconography. The face for me is the centerpiece of a lot of my art. I find the characters intriguing. There is no definitive reason, some of them are just pleasing to me. Sometimes I give visual clues and make connections to various aspects of tribal life. My images seem to inspire mine and that’s why I have to keep producing work. As the mainstream culture wants to erase, marginalize or whitewash our culture, I feel compelled to reaffirm the idea in the mainstream in a visual way.

As part of AICHO’s mission to promote and support local, regional and national Indigenous artists, AICHO Galleries will have a digital billboard (at the central entrance) and a large city billboard (near AICHO building) featuring Shaun Chosa’s painting announcing the exhibition for the month of June 2022. All of Shaun’s works will be for sale and sales transactions will be made through our art store and native gifts.

Exhibition funded in part by The McKnight Foundation and Arrowhead Regional Arts Council.