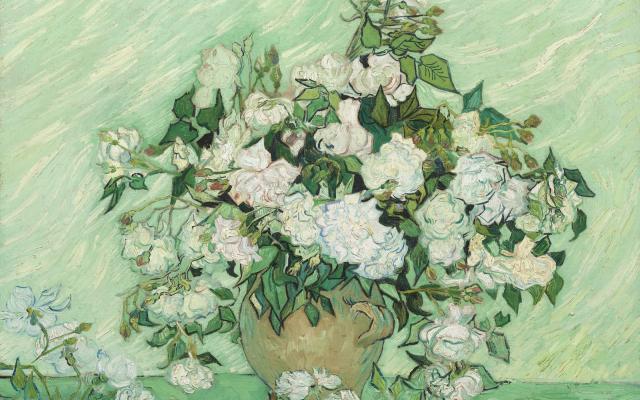 The similarities and divergences between the artists’ approaches will be explored through works like that of Ã‰douard Manet Peonies (1864-1865), which in many ways resembles Roses (1890), a still life by Van Gogh painted with such a heavy impasto that, according to one of the artist’s letters, it would take a whole month for the paint to dry. Manet’s work will be the highlight of a section of the exhibition that includes paintings of flowers by Henri Fantin-Latour and Adolphe Monticelli, in addition to paintings by Van Gogh Poppy vase (1886). Digital X-ray analysis of this latest still life by Van Gogh revealed what appears to be a self-portrait of the artist hidden under the surface layer of paint.

â€œIt’s an exhibition that helps make the artist’s imagination more tangible to us,â€ Stark said. â€œVan Gogh was a figure in art history known for the complicated, often troubled journey of his creative process. We have access to another dimension of his art and his life in this exhibition, another glimpse of what his world was like.

The exhibition will also highlight Van Gogh’s strong appetite for literature and the fictional worlds of the modern novel. The installation will feature early editions of beloved novels by Charles Dickens, Guy de Maupassant, HonorÃ© de Balzac, Alexandre Dumas and Victor Hugo, to remind viewers of the books that influenced Van Gogh’s vision.

This impact is particularly visible in Van Gogh’s painting diligence of Tarascon (1888), which embodies both Van’s Gogh’s ties to literary sources as well as his aesthetic debts to the artists he admired. This painting of stagecoaches parked in the town of Tarascon in southern France was inspired by an 1872 novel by Alphonse Daudet. Visible in the canvas is Van Gogh’s emulation of the vivid hues of Claude Monet and the heavily textured brush of Adolphe Monticelli. The painting was part of a suite intended to decorate Van Gogh’s residence in Arles, France, the so-called Yellow House, in honor of the arrival of Paul Gauguin, who only stayed briefly.

â€œGreg Smith would be as honored as I am to see our collection form the basis of this extraordinary and insightful exhibition at the Columbus Museum of Art, his beloved hometown institution,â€ said Naifeh. “He and I have always looked forward to seeing works we own, from artists admired by Van Gogh, side by side with glorious works by Van Gogh himself.”

The exhibition is presented with a distinct curatorial perspective in each institution and is accompanied by two books. “Through Vincent’s Eyes: Van Gogh and His Sources”, a 320-page exhibition catalog, is designed and produced by Lucia | Marquand Books, Seattle, and distributed by Yale University Press. This richly illustrated volume offers new insight into Van Gogh and his work, underscoring his deep admiration and deep connection to the artistic community of his time. The catalog is edited by the Deputy Director and Chief Curator of the Santa Barbara Museum of Art, Eik Kahng, and contains essays by leading Van Gogh scholars, including Sjraar van Heugten.

“Van Gogh and the Artists He Loved” is written by New York Times bestselling author, Pulitzer Prize winner and guest curator of the exhibition Steven Naifeh, co-author, with Gregory White Smith, of “Jackson Pollock: An American Saga â€andâ€œ Van Gogh: Life. â€Published by Random House, the 448-page book recreates Van Gogh’s world and illustrates how his style and subjects are inextricably linked to the artistic environment of his time. ‘Building on the prolific correspondence between Vincent and his brother Theo, the reader can enter Van Gogh’s imagination through the artist’s own words and side-by-side images of Van Gogh paintings and works by artists who inspired it, including nearly 300 color reproductions and an afterword by Ann Dumas, Assistant Curator of European Art at the Columbus Museum of Art and Curator of the Royal Academy of Art in London.

Exhibition dates at the Santa Barbara Museum of Art in Santa Barbara, California, from February 27 to May 22, 2022