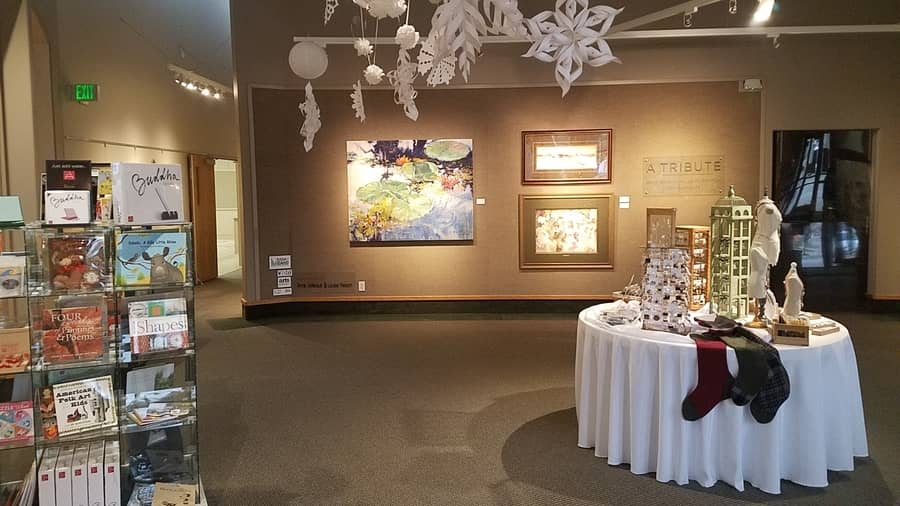 IDAHO FALLS – The Art Museum of Eastern Idaho is currently hosting an exhibition dedicated to the work of three artists who have made significant contributions to the fabric of the local art community during their lifetimes.

“A Tribute” highlights the work of Beth Griebenow, John Griffith and Roy Reynolds, three artists who have helped build and enrich the culture of eastern Idaho. The trio had very different individual styles and influenced many local artists who followed in their footsteps.

â€œJohn Griffith was really instrumental in building (the art museum),â€ museum executive director Miyai Abe Griggs told EastIdahoNews.com. â€œGet the financing and oversee its construction and all that. So without John we wouldn’t even have an art museum here.

The legacy of Griebenow and Reynolds also holds an important place in the artistic community of eastern Idaho. Griebenow shared his knowledge by teaching other artists.

â€œ(Griebenow) was more of a formal educator,â€ Griggs said. “She used to teach workshops and things like that, so a lot of our artists, especially our watercolorists learned from Beth or became watercolor artists because of Beth.”

Cowboy and former artistic director of singer-songwriter Carole King, Roy Reynolds was known as an “artist artist” who left his mark on artists in eastern Idaho although he did not taught in formal classes.

â€œHe came to open studios here where we would have action figure models and the artists would partner with him and watch him and learn from him that way,â€ Griggs said. “He influenced this whole generation of artists in that way.”

“All three were so different,” she added. â€œBut they have made a significant contribution to the artistic community and to the artists who are active now. And the art museum and where it is today is because of them and a lot of other artists.

Not only did Griebenow, Griffith, and Reynolds help make the artistic community of eastern Idaho what it is today, but they also left behind works that will continue to impact people. artists of all ages in the future.

â€œ(Griebenow, Griffith and Reynolds) were such good artists, but they were also such nice people,â€ said Griggs. â€œThey were so generous with their time and always ready to share a tip, their time or their supplies. I think this is something that so many artists have benefited from.

“I wish more of our young people could interact with them,” she added. “But somehow I guess they can do it because there is the generation of artists that Roy, Beth and John have influenced and this is another great group of artists who are generous to. their time. As young artists come to participate in figure drawing classes and other things here, I think these lessons and the legacy of Roy, Beth and John will be passed on.

In addition to “A Tribute,” the art museum presents “Wings,” an exhibit by the local chapter of the Colored Pencil Society of America in its hallway gallery. â€œWingsâ€ features selections from the Company’s 25th Jury Show.

For those looking for unique items to give as holiday gifts, the Art Museum currently also operates ‘Beaux Boutique’, a market featuring artwork designed by local artists. The “Beaux Boutique” takes place throughout the holiday season and features “Artisan Saturday”, where several artisans will be available to anyone who wishes to interact with them.

“A Tribute” and “Wings” both run through December 31st at the Art Museum of Eastern Idaho. Visit the museum’s website or Facebook page for more information.