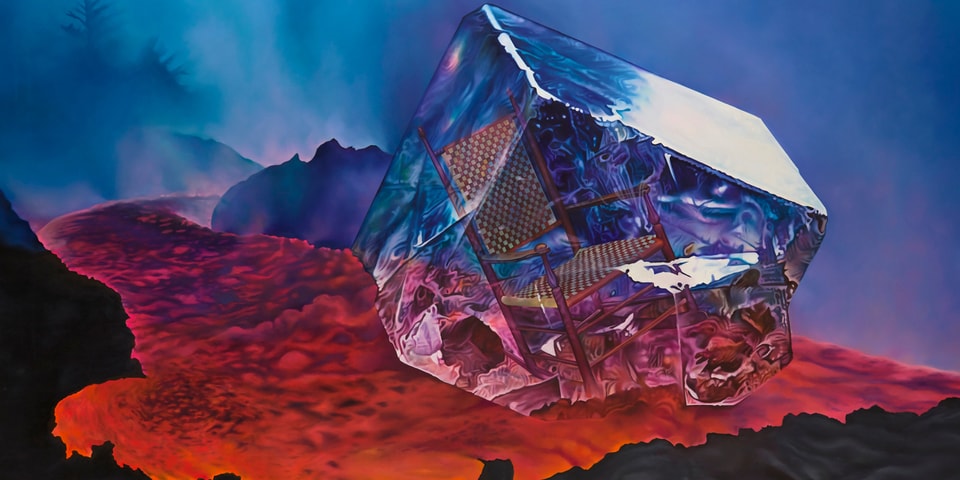 The Emerald Tablet is a new group exhibition and curatorial project by Ariana Papademetropoulos. Set in Jeffrey Deitch in Los Angeles, the show takes viewers on a journey through the alchemy and transporting power of stage design.

Co-curated by Alexandre Stipanovich, the exhibition features the work of a number of creative industry figures, including Gus Van Sant, Mike Kelley, Leonora Carrington, Lucy Bull, Beck and many more. Emblematic of its title, the show is thematically based on Dorothy’s quest to The Emerald City in Frank Baum’s The Wizard of Oz.

Beginning in the first gallery, Papademetropoulos presents five paintings that combine the surreal with the mundane, the tangible with the ethereal – a duality that inspires viewers to find magic in their immediate surroundings. Further down the gallery, Papademetropoulos presents an enchanting scene straight out of Hollywood folklore – from a carousel by Raúl de Nieves, a row of winged sprites by Henry Darger to the sacred elemental scale of Hugh Hayden.

The exhibition culminates in a dark room that reimagines the Emerald City as a spiritual landscape filled with monolithic sculptures and paintings by Kelley, Carrington, and Jean Marie Appriou, among others.

At the heart of the exhibit is a celebration of Los Angeles as the epicenter of transformation, placing particular emphasis on magic as an art form in its own right, rather than a metaphor for cinematography. The Emerald Tablet is on view at Jeffrey Deith LA through October 23.