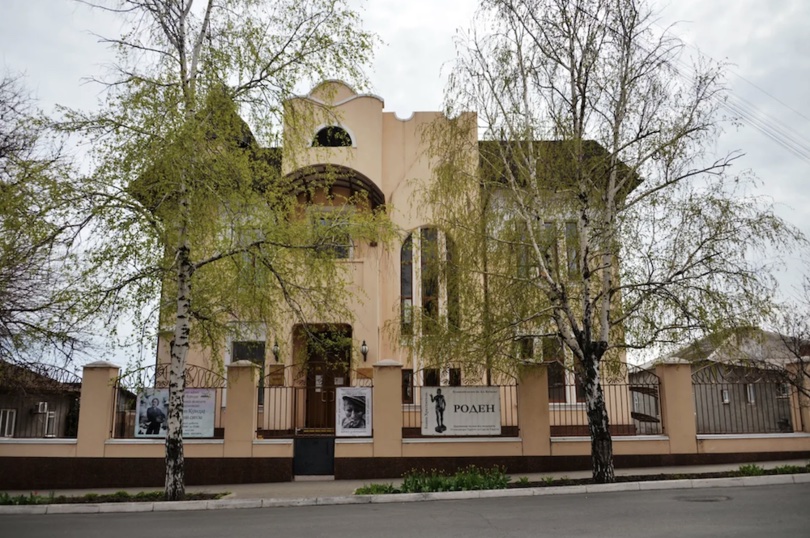 The Russian bombardment of the Ukrainian coastal town of Mariupol swept away the Kuindzhi Art Museum, dedicated to the life and work of local realist painter Arkhip Kuindzhi.

The news was first reported by Lviv-based cultural website Local History. The president of the Ukrainian artists’ union, Konstantin Chernyavsky, later confirmed in a Facebook post that the institution was destroyed by an airstrike on March 20.

Born in Mariupol in 1842, Arkhip Kuindzhi made a name for himself in Ukraine and Russia for his masterful use of light and color. Early in his career he was associated with the influential 19th century Russian realist group known as the Wanderers, but he separated from the painters to pursue his own vibrant landscapes, such as Red sunset over the Dnieper (1905–8), which is in the collection of the Metropolitan Museum of Art in New York.

The museum opened in 2010 in an Art Nouveau monument. In its collection are more than 600 paintings by Ukrainian artists of the 20th century.

Chernyavsky told Local History that the three original paintings by Kuindzhi in the collection – a sketch for red sunsetand two preparatory works, Elbrus and Autumn-had been removed from the scene before the bombardment. Their current location is unknown.

On Facebook, Chernyavsky vowed the museum would be rebuilt, writing “Glory to Ukraine”.

Kuindzhi made headlines in 2019 when a man grabbed the painting Ai-Petri. Crimea (1898-1908) from a wall of the State Tretyakov Gallery in Moscow from a wide angle view of security and walked out of the institution, the million dollar painting dangling from his hand. He was later apprehended and the work, on loan to Tretyakov from the State Russian Museum in St. Petersburg, was recovered.

Among the works believed to have been destroyed in the airstrike were paintings by Kuindzhi’s peer Ivan Aivazovsky, the Russian Romantic painter known for his striking seascapes, as well as works by contemporary Ukrainian artists.

The Russian military has been accused of indiscriminately bombing urban spaces amid the invasion of Ukraine, killing thousands of civilians and razing cherished monuments. In February, Russian troops burned down the Ivankiv History and Local History Museum in Ivankiv, a town northwest of the capital kyiv, which housed dozens of paintings by Ukrainian folk artist Maria Prymachenko. On March 20, Russia bombed the G12 art school in eastern Mariupol, where 400 civilians were sheltering.