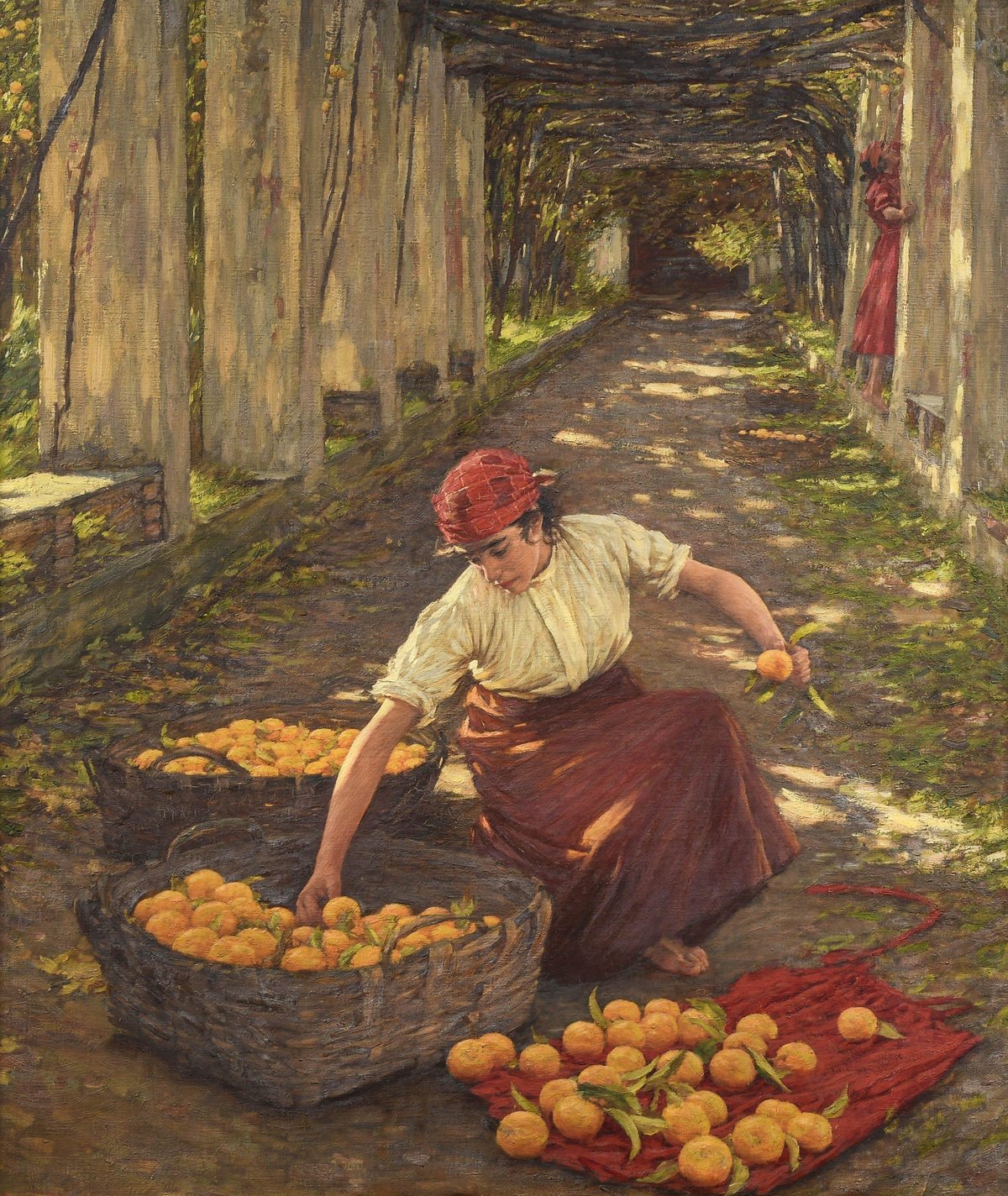 ‘In a Ligurian Garden’ by Henry Herbert La Thangue (1859-1929) was recently rediscovered in Yorkshire, having been passed down from the Prince-Smith family, textile machinery makers of Keighley, West

Henry Herbert La Thangue RA (1859-1929) was a leading exponent of British Impressionism, which depicted the rural ideal, first in Sussex and then in unspoilt gardens on the French and Italian Riviera. The current work hung at the Royal Academy in 1908, together with its companion image ‘Ligurian Flowers’, now in the Blackburn Art Gallery. Ligurian gardens became a major theme of his work before the outbreak of war, in which he distilled the natural abundance and sensuality of Italy into works steeped in sunshine and the scent of flowers and fruit set amid crumbled plaster.

An impressive depiction of a pelican by Henry Stacy Marks (1829-1898) also sold well at £18,500. Henry Stacy Marks began his career focusing on historical scenes, often taken from Shakespeare; however, in 1888 the Fine Art Society planned an exhibition on birds and Marks took the opportunity to study the subject in depth, becoming a frequent visitor to London Zoo. Drawing birds with precision and focusing on exotic and colorful species, Henry Stacy Marks mastered the art of bird painting.

Full sales results are available on the Tennants website: www.tennants.co.uk

A second sale on the same day, the Tennants Auctioneers’ summer sale, saw a cut-glass goblet that accompanied Napoleon I on a campaign sell for £8,800.

On campaign, Napoleon demanded that he be looked after as he was accustomed to at the Imperial Palace, surrounded by luxuries befitting his rank and served to the highest standards.

formal label. The current glass was made by Montcenis, a crystal manufacturer established in 1787 and was engraved with an ‘N’ surmounted by the Imperial Crown. The glass was sold in the original fitted brown leather case embossed with the same crowned ‘N’ and golden bees, and had been part of a private family collection in the North West of England.

Tennants Auctioneers is a fourth generation family business and one of the UK’s largest international antiques and fine art auctioneers. Based in Leyburn, North Yorkshire, Tennants hold over 80 sales a year and connect over 200,000 buyers and sellers a year.

In 2014, Tennants expanded the auction center to 80,000 square feet with the development of The Garden Rooms – a venue dedicated to events, weddings, conferences and exhibitions. The venue is one of the largest event spaces in the region with a capacity of over 600 people.