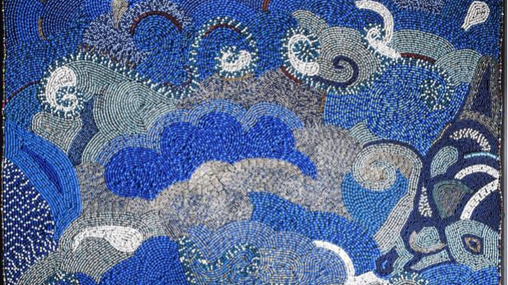 ROCHESTER, NY (WROC) – Officials at the Memorial Art Gallery announced a new exhibit on Wednesday that featured a new form of beadwork developed in South Africa known as “ndwango” (“cloth”).

The exhibit – titled “Ubuhle Women: Beadwork and the Art of Independence” – was developed with this form of beadwork by the Smithsonian Anacostia Community Museum in Washington DC, with curators Bev Gibson, Ubuhle Beads and James Green.

Memorial Art Gallery officials said the event will be on view from July 17 to October 23, 2022.

According to officials at the Memorial Art Gallery, the art form was developed by a community of women living in the rural province of KwaZulu, South Africa. The black fabric that the Ubuhle women work on resembles the Xhosa scarves and skirts they have worn since childhood.

Officials then said the artists stretched the textile like a canvas and used colored Czech glass beads to transform the fabric into a contemporary art form.

Ubuhle was established in 1999 on a former sugarcane plantation north of the city of Durban in KwaZulu-Natal when two friends – Ntombephi “Induna” Ntobela and Bev Gibson – shared a vision of combining skills to create jobs for rural women. They created a way for women to use beadwork traditions to achieve financial independence.

Officials said the Ubuhle community had lost five members to various illnesses, halving the number of active artists. Many pieces in the exhibit are meant to be memorials to deceased Ubuhle artists.

RGU organizes an art exhibition at the State Art Gallery