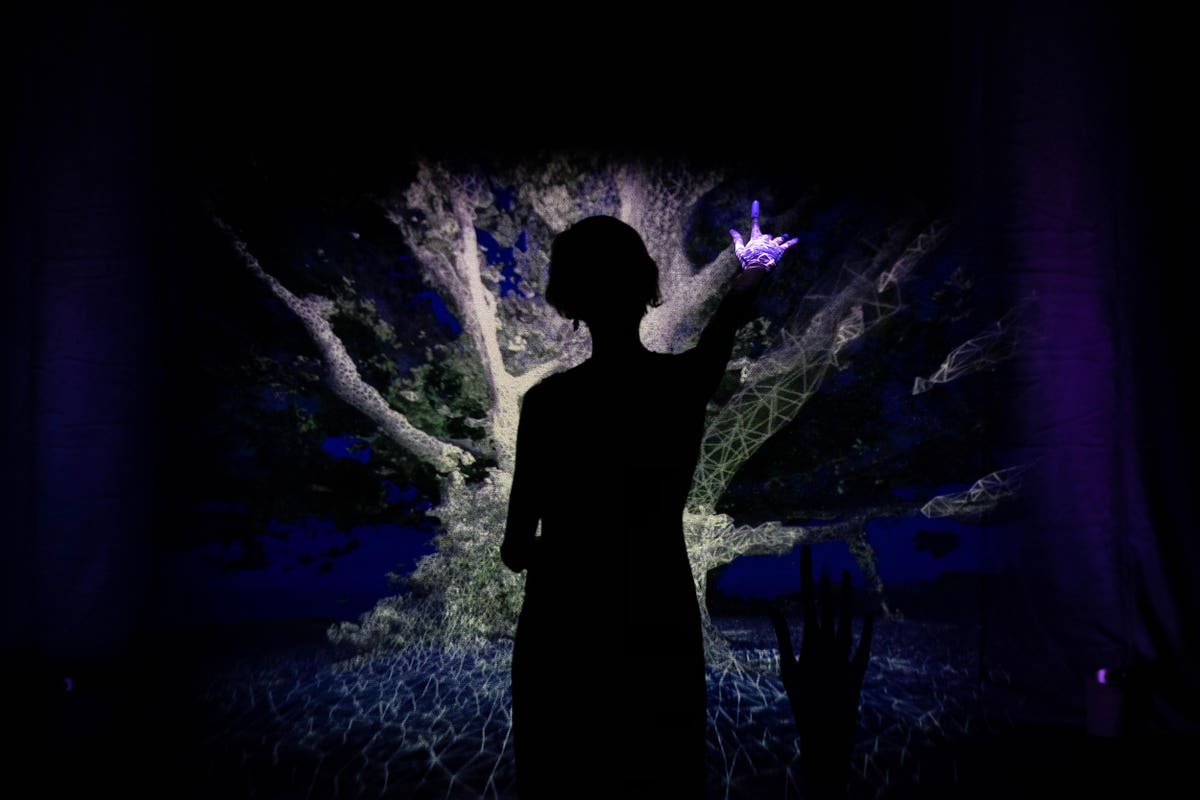 TVNs, I am often told, are the future. My main problem is the name. It’s abbreviated, I would say, because no one knows what fungible means.

However, there is no doubt that they are all around us (whoever they are). The latest digital art exhibition took place this week at the Saatchi Gallery in London in the form of an immersive private view leading up to an auction which runs until Wednesday, September 22. The auction aims to raise funds for Saatchi Gallery Learning, an initiative that aims to build commitment to the arts with schools and community groups.

Viewing digital artwork can be tricky, but at Hendrick’s G (NF) & T exhibit at the Saatchi Gallery, they used something called Holologauze.

Holologauze is a screen technology that is a lightweight, highly reflective and highly transparent video projection canvas. With the correct lighting conditions, high definition hologram effects can be created and the technology is also scalable for large scale outdoor holograms. Which is pretty cool.

The works are by four established and upcoming artists.

The work of author and cultural commentator Raven Smith is Summer, an animated text image that scrolls past the viewer as if it were underwater.

Polly Morgan is a British artist who works with concrete, polyurethane and taxidermy. His work is Originals In, a video of blocks that move to reveal a slippery surprise inside. It’s beautiful, and a little confusing.

It’s a virtual journey through an old oak tree on Hampstead Heath in London, with, he says, “a sound piece that was generated using artificial intelligence trained on the British ’60s band – The Kinks “. It’s a mesmerizing and rewarding sight.

You can see all the works and bid on rarible.com. If you go, you will see that the work was commissioned by Hendrick’s Gin to commemorate last summer which, for many reasons, was different from others.

As mentioned above, the popular gin brand humorously referred to it at the G & (NF) T Summer Escape Show.

How Putin helped billionaire put together an ‘impossible’ art exhibition

Artamour presents the contemporary art exhibition “An Imaginal Affair” to…