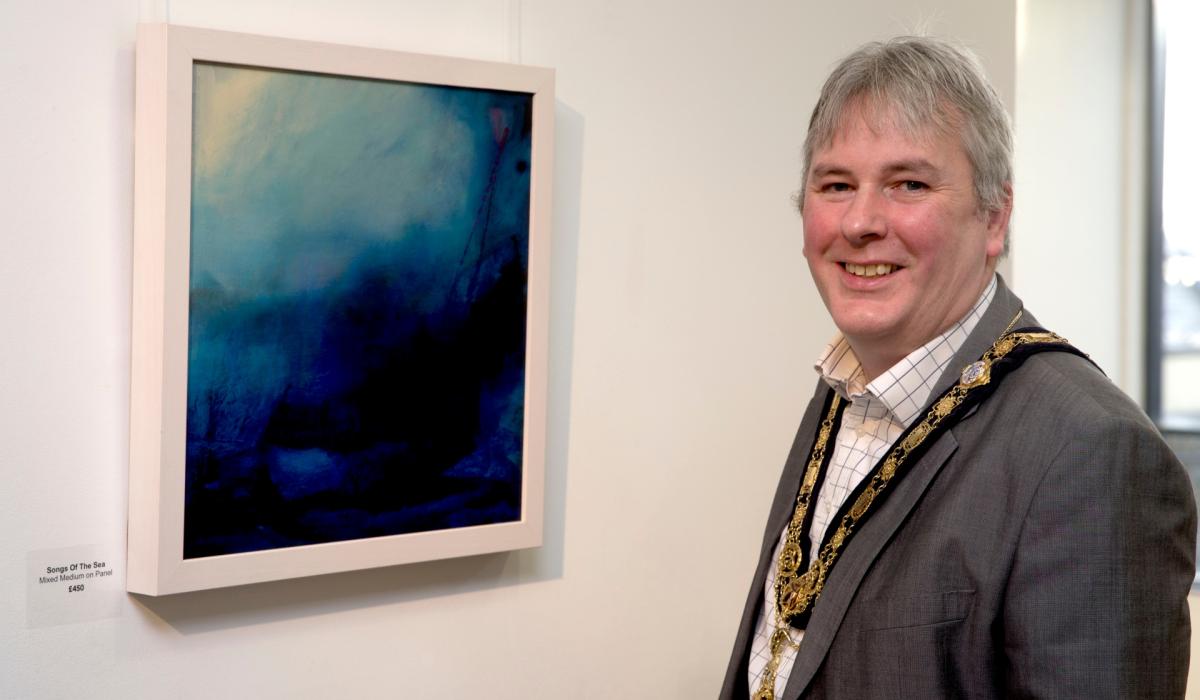 A new art exhibition inspired by the beautiful seascapes and coastline of Inishowen has opened at the Roe Valley Arts and Cultural Center in Limavady.

Songs of the Sea by internationally renowned artist Rikki-Louise van den Berg explores the dialogue between artist, land and coast in the beautiful setting of Donegal.

The exhibition spans two galleries, showcasing a collection of new works from 2021, with a range of small and large pieces reflecting Rikki’s exploratory walks along the shore.

Its official launch will take place via Facebook Live on the Arts Center page at 1 p.m. this afternoon (Wednesday, January 12) with a virtual tour led by the artist.

Originally from Holland, Rikki spent his formative years in Ireland and returned to these shores in 1997 to establish himself as a figurative and abstract painter, embarking on a personal journey in search of identity and place.

Explaining his inspiration, Rikki said: “My work is an inner response to my outside world, to my environment, to nature; it’s vulnerable beauty, colors, movement, contrasts, these are fleeting moments of timelessness.

“I work intuitively, and I welcome uproar, surprise and unexpected beauty in a line, movement or color.

“For me, the essence of painting lies in the process, the learning, the taking of bearings, the discovery. It’s about expressing what I feel. During the painting process, I can build, destroy, uncover, paint, wash and scrape, apply layers of paint with a knife or by hand or even sometimes from a distance. An intriguing conversation between me and the canvas, perhaps reflecting the actions of nature on the landscape. “

Rikki’s work has received both national and international acclaim and is currently represented by several renowned galleries in Ireland and Northern Ireland.

In 2012, she was selected from a small group of Irish painters to participate in “Irish Wave 3”, Beijing, China, curated by BIGsmall and Fion Gunn. A series of visual art events were held in Beijing and Shanghai in March 2012, continuing into 2013.

In 2016, Rikki received the Tyrone Gurthrie Residency Award for the second time, which was subsequently shortlisted for the Royal Hibernian Academy Annual Show in 2017, marking a milestone in her career as a landscaper.

She was recently nominated for the Hambly & Hambly French Residency Award 2022 under the mentorship of Irish artist Eamon Colman in collaboration with the Center Culturel Irlandais Paris.

The Songs of the Sea exhibit is free and will remain in place until February 5.