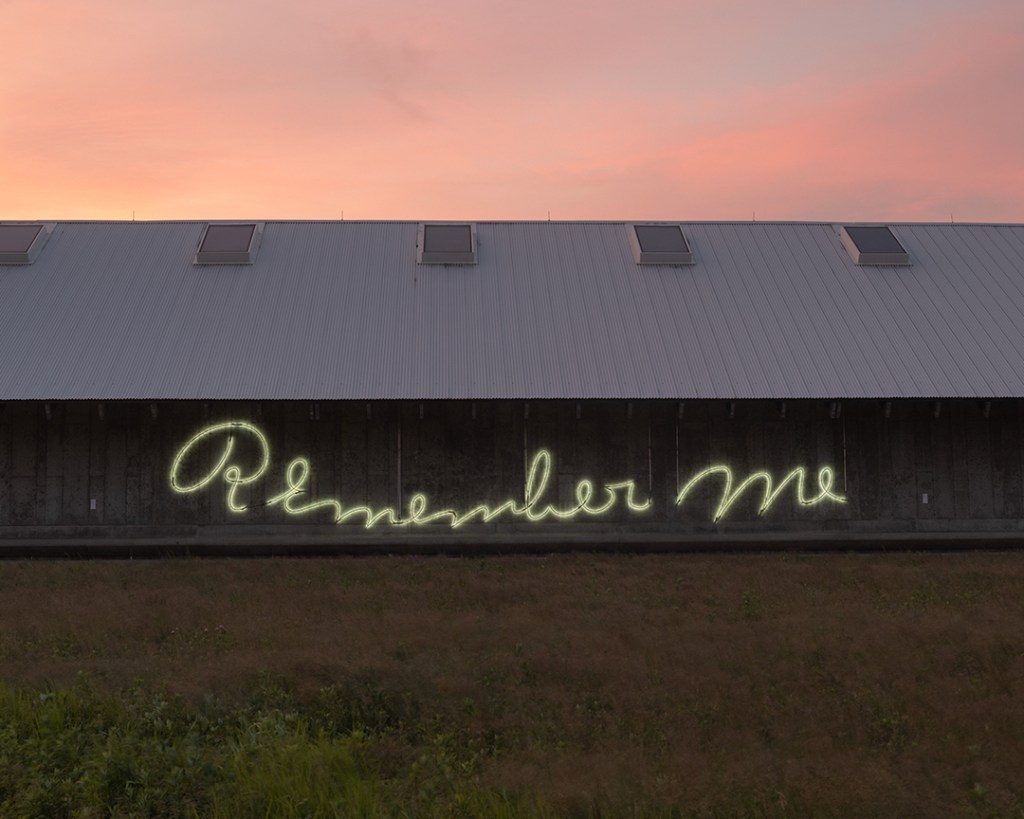 “Another Justice: US Is Them,” a new group exhibition at the Parrish Museum in Water Mill, New York, invites viewers to question the answer from different angles, including their own. The show, curated by Hank Willis Thomas and artist collective For Freedoms, opens July 23.

The exhibition includes works by 10 artists from the wider For Freedoms community, including Muna Malik, Zoë Buckman, Eric Gottesman, Christine Sun Kim and Kambui Olujimi; plus an off-site element features digital works by four Indigenous artists displayed on Shinnecock Monuments’ digital billboards. “All of the artists we work with, in their own practices, seek different forms of justice and represent that and imagine that,” says Thomas, who co-founded For Freedoms in 2016 with Gottesman, Michelle Woo and Wyatt Gallery to drive engagement. civic through multimedia art projects. This fall, in collaboration with the Parrishes, Thomas and his other collective Wide Awakes will be in residence at the Watermill Center.

Kim, who is deaf, reinvents the viewer’s relationship to language and communication through her work. Olujimi investigates American legacies of violence through his illustrated series “Redshift,” which discusses the phenomenon of witnessing unseen objects by measuring their force on surrounding entities. It generally applies to distant celestial bodies, but Olujimi uses the term to refer to the mythology of white privilege in American history. “Violence, especially in this country right now, is seen as different; the threat to the union comes from abroad,” he says. “But part of white privilege is a denial of violent history, a legacy on which America is founded and continues even to this day.”

His series includes portraits of American presidential assassinations – he notes that each, successful or not, was carried out by a white man or woman. Olujimi’s most recent additions to “Redshift” for the Parrish exhibit comment on the January 6 uprising. “There is nothing clearer of a threat to democracy than agents of democracy undermining it,” he adds.

Thomas doesn’t usually include his own work in exhibitions he also curates, but notes that “it was an opportunity to show my work alongside people who inspire it,” he says. “US Is Them” includes several quilted flag pieces from his solo exhibit “Another Justice: Divided We Stand” on display last winter in LA Thomas also recently launched a neon sculpture, “Remember Me,” which is installed on the exterior south face of the museum. The artist recreated handwriting from a vintage postcard he found at the Amistad Center at the Wadsworth Atheneum Museum of Art in Connecticut.

“I was perpetually haunted by this,” Thomas says of the handwritten text – “remember me” – which is scribbled next to a photo of a young black man wearing a Buffalo Soldier hat, associated with the regiment of the all-black army created in the mid-1800s. “I wanted to create an opportunity for people to reflect on the importance of every life, especially for the people who live it. Somehow, shape or form, we all want to be remembered,” adds Thomas. “And by being remembered, we get an extended life.”

The off-site component of “Another Justice” is an extension of For Freedom’s ongoing national poster campaign. The collective, in conjunction with the “Land Back” initiative, brought in four Indigenous artists to create pieces for nearby Shinnecock Monuments. The digital billboards, which line the Sunrise Highway, were built on Shinnecock Sovereign Land several years ago as a revenue initiative to support the Nation, located just west of Southampton – and have initially was pushed back by NYSDOT and local communities in the Hamptons.

“Across the country, Indigenous people have found creative ways to maintain their livelihoods despite diminishing opportunities and resources due to encroachment from the rest of us,” says Thomas. “And the Shinnecock monument is an example of another creative form of resistance, and also of resilience.”

For anyone driving east, the awe-inspiring 62-foot monuments are a must-see—they welcome you to the Hamptons. As part of the Parrish exhibition, the billboards feature artists Jeremy Dennis, a member of the local Shinnecock Nation, Jeremy Gibson, Koyoltzintli Miranda-Rivadeneira and Marie Watt.

“It’s true for many Indigenous groups and tribal nations: This land, Shinnecock Hills, was stolen from us so blatantly that it’s almost unbelievable that it’s still not in our possession,” Dennis says, adding that the tribe has been repurchasing sacred land (at high market rates) in recent years.

“We are trying to fight this uphill battle to reclaim this land that was practically stolen from us, without compensation or recognition,” he says. “This piece is going to be shown to people entering this territory; there is no way to get to the east end without seeing both the monuments and the message on the Shinnecock Hills. It is relevant to all who pass. And I hope people will do a little research.