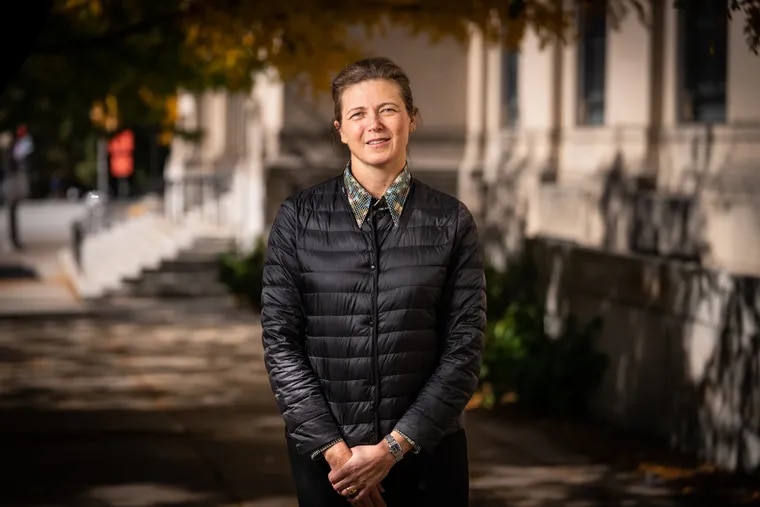 On the last day of the third week of Sasha Suda’s new job as director of the Philadelphia Museum of Art, there finally seemed to be some good news:

A tentative agreement had been reached with the 180-member PMA union, which had been on strike since its first day at work on September 26.

It was a contract the workers had been negotiating since they unionized about two years before, seeking higher wages and better, more affordable health benefits. And it happened practically on the eve of the opening of “Matisse in the 1930s”, a world-class exhibition that took seven years to prepare.

Even before a union ratification vote had taken place, Suda was looking to the future.

“It’s the start of a new chapter. There’s going to be a lot of healing that needs to ensue,” said Suda, 42, who came to the museum as no stranger to organized labor. As director of the National Gallery of Canada in Ottawa, she managed a unionized museum and was a union member when she worked as a curator for the Art Gallery of Ontario in Toronto.

“I believe the unions and management will work together for the future of this institution,” she said Friday in an exclusive interview with The Inquirer.

On Friday afternoon, Suda was talking about helping that by starting to hold weekly breakfasts with staff from all departments, as well as listening sessions, and keeping an office in the museum, not just from the across the street in the Perelman building.

Most people would say harmony will take work. His predecessor, Timothy Rub, retired in January as the institution still felt the impact of past sexual misconduct allegations against a former director and equity concerns. The memories of that are still fresh. And during Suda’s brief time at the helm, union members criticized her for not reaching out to staff, appearing distant and not being involved in collective bargaining. Some pickets carried signs with messages like “Hey Sasha, stop hiding”.

Suda defended what she said was her decision not to personally participate in the negotiation process with the museum’s negotiation team of lawyers and museum officials, who were assisted by city officials. However, she maintains that she was aware and involved.

“I made a measured and very intentional decision to put my energy into those things that would help move us to where we are now,” she said.

“The organization has been in a very fluid situation for some time,” she noted. “It would have been irresponsible of me to weigh in on the decision-making when I was not on the pitch.”

The interim contract agreement, which will be voted on by the union on Sunday, includes wage increases retroactive to July and 14% increases over three years going forward, according to union officials. These officials said the minimum hourly wage would increase from $15 to $16.75 an hour. Workers also won four weeks of paid parental leave and a reduction in the cost of health benefits.

Part of Suda’s job over the past few weeks has been to help with the final preparations for the highly anticipated Matisse show, which opens to the general public on Thursday. She deemed it appropriate that the work in the exhibition represents an artistic renaissance that Matisse achieved through the work he created in Philadelphia.

“I feel the energy of Matisse in the moment we are in now,” Suda said. “We’re going to look back and think about the things we never want to do again or the things we should start, [or] that we should return to what we have lost over time. But we will also look to the future and create something new. And what’s really important is that no leader does that. It is done by a group of people together.

Indeed, beyond the historic Matisse exhibit at the museum, there is the vast future and the big job that Suda was hired to do – running a major art museum in a multi-faceted city like Philadelphia.

“I can’t wait to reopen the gates that face the city and welcome him,” Suda said. “I say that literally and metaphorically.”

She plans to meet people from all over the city, creating partnerships that span Philadelphia’s diverse neighborhoods and cultures.

“It’s kind of about coming down the hill and listening and learning from the communities we serve, and continuing the good work that many have done in this institution in that direction,” she said. declared.

She is looking forward to being able to discover even more the city with her family. She and her husband, a sculptor and metal fabricator, live in Center City with their 7-year-old twins, a girl and a boy who already love the Philadelphia Zoo.

Their mother, meanwhile, was charmed by Philly’s unmistakable reality.

“It’s a soulful city,” she says. “The elements that make it great are not only built from capital and investment. They are built on history, people’s lived experience and community development. It feels deeply authentic as a place made up of so many different people.

Suda knows what awaits her now is the challenge of building community and fostering healing with her own staff.

“I completely understand their point of view. I get it,” the director said. “And I was very results-oriented. Now that we’re here, the next chapter is listening and learning.