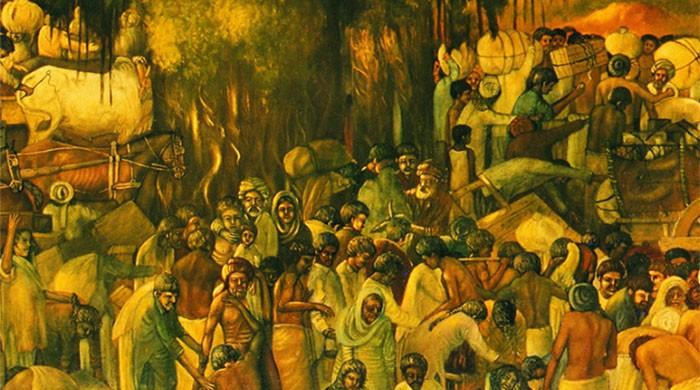 KARACHI: In order to further consolidate the decades-old Pak-China friendship and further deepen the ties between the two countries, a donation of a historic artwork by renowned Pakistani artist Jimmy Engineer has been done at the National Art Museum of China. , Beijing.

It is the first time that a Pakistani artist is presented in the first Chinese museum. The Chinese Consulate in Karachi approached Jimmy Engineer to donate one of his works to the Chinese Museum and after a verification process, the museum accepted a masterpiece for its permanent collection.

The painting that has been selected for the museum is titled â€œInternational Architectural Compositionâ€. This is a 3 x 6 foot oil painting on canvas completed last year.

During the third week of March, the Pakistani Embassy in Beijing will host an art exhibition featuring the work of Jimmy Engineer.

Pakistani Ambassador to China Masood Khalid and Jimmy Engineer will officially present the painting to the National Art Museum of China.

Jimmy Engineer is an artist and social worker who has dedicated his life to helping those less fortunate, especially children with disabilities, through his art.

He has organized and participated in a number of initiatives to raise funds for such causes.

â€œAs an artist and social worker, I think I have a responsibility to promote a positive image of Pakistan not only in the country but all over the world,â€ said Jimmy Engineer.

It has won around 85 certificates and awards of distinctions from various organizations around the world, including the National Endowment of the Arts Award, USA in 1988, the Gold Medal of the International Cosmopolitan Rotary Club of Pakistan in 1997, the Human Rights Society of Pakistan Human Rights Medal in 2000, Sitara-e-Imtiaz in 2005 and Ambassador of Peace Medal awarded by the China World Peace Foundation Beijing in 2016.

Harrington Gallery calls for entries for works of art

Did you know that the Pipli artwork from Odisha was first made by a Muslim Darjee?…