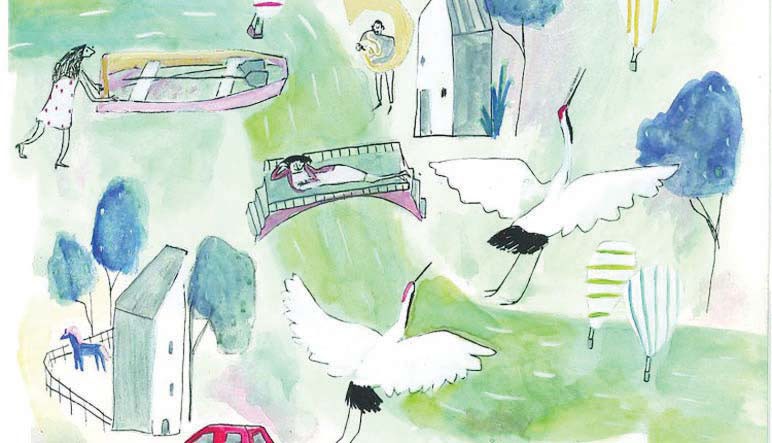 
KUWAIT CITY, July 10: The Reconnaissance Center for Research and Studies, in cooperation with the United States Embassy in Kuwait, will hold a week-long art exhibition for American women painters, starting Monday, July 21 at the “Den Gallery”, reports the daily Al-Seyassah. The center said in a press release that the exhibition, the first of its kind, is a showcase of paintings by American artists that were on loan to the exhibition for the first time under the patronage of the US Ambassador to Kuwait. Alina Romanowski, in order to offer the interested Kuwaiti public the opportunity to be exposed up close to eminent artists and their private works in the process of artistic and cultural exchange which has always been a dominant feature of the cooperation of the Recognition Center with the U.S. Embassy since its inception in 2019.

The source pointed out that the American artists participating in the exhibition are Monica J. Paisley, Sarah Benveno, Amy Kaufman, Laura Napoli, Emily Payne, Ramona Sakistua, Alicia Scardita, Karen Schulz, JD Welburn, in addition to Zahra Marwan, who migrated to the United States from Kuwait in the late 1990s, reviewing the achievements of women artists and their paintings. For his part, the founder and CEO of the center, Abdulaziz Al-Anjari, said: official diplomatic relations.