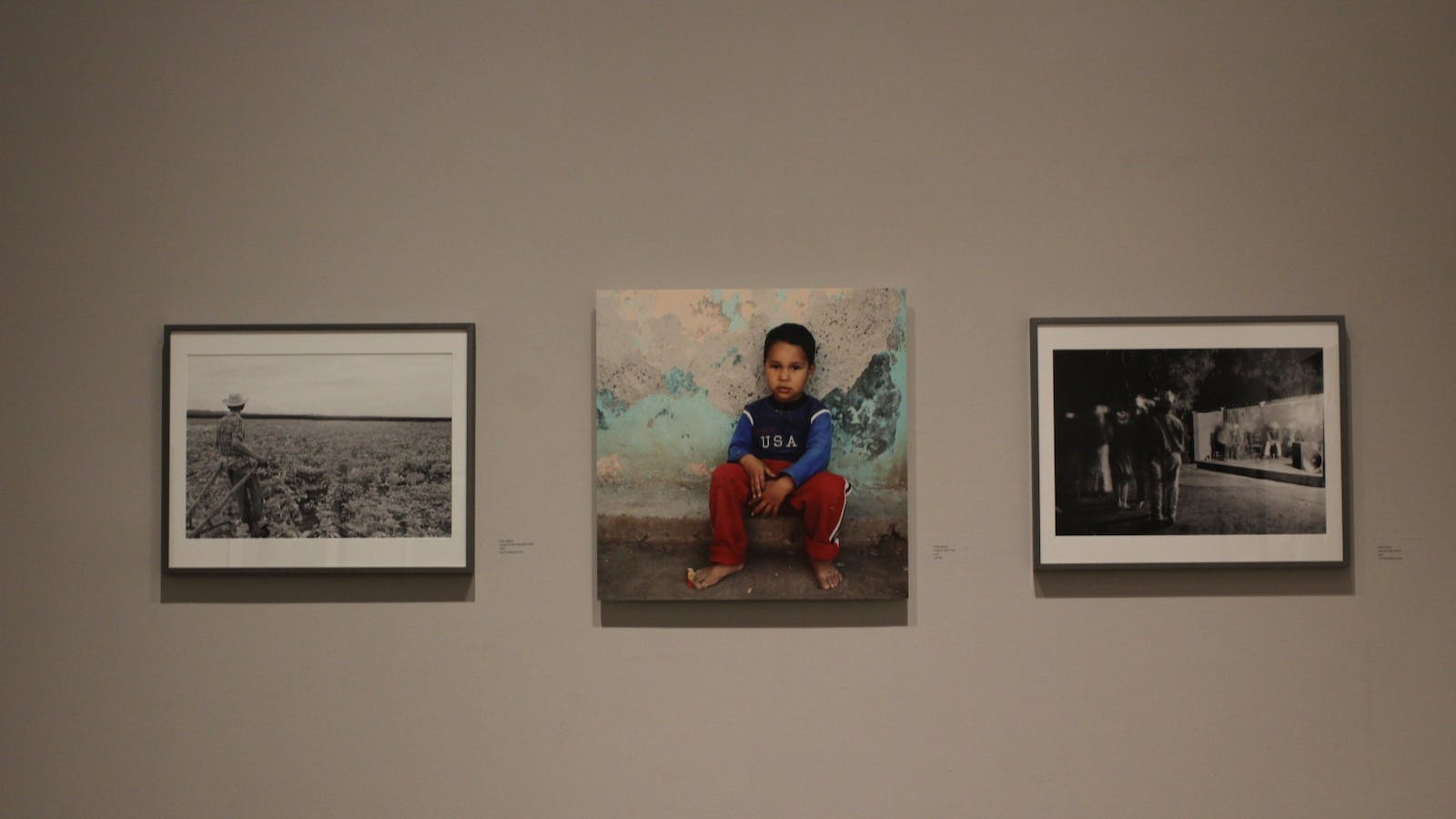 Nestled in downtown Phoenix, just south of Chase Field and the ASU Downtown Phoenix campus, is the Northlight Gallery, a hidden gem filled with artistic photography like no other.

When the sun goes down and the city lights come on, Northlight Gallery overlooks the vast and beautiful Phoenix skyline. But from what I discovered on my short trip to the gallery, the real views are inside the spacious brick building.

The Northlight Gallery operates as a teaching laboratory for students earning degrees in photography that help establish and set up other exhibitions like “Borders and Boundlessness,” explained Elizabeth Allen, gallery curator and specialist. the fine Arts.

“Part of that process is understanding the intent of the artist whose work we are showing, and also re-engaging with them to reinterpret the images to tell stories,” Allen said.

“Borders and Boundlessness,” as the prose carved on the wall describes it, is a composition of projects by three former fine art masters Emily Matyas, Krista Elrick, and Aaron Rothman that describe “the problems of the earth.”

However, as you browse through the expansive art gallery, you can see how each artist’s works are startlingly different from each other, while still respecting the overlapping theme.

Rothman’s methodically crafted exhibition “Signal Noise” depicts ambiguous portraits of landscapes that were degraded images. A standout example was a rendering of the Milky Way that was almost unidentifiable up close. But if you step back and look at the bigger picture, even through the edits, you can see our elegant galaxy in a whole new light.

Past that, Elrick’s “A Country No More” is a wordless love letter to nature in the form of black-and-white portraits, landscapes, and candids. Elrick’s pieces seamlessly intertwine in collages that result in startlingly different images to create a whole new image on the canvas.

And finally, in a little nook just to the left of the door is Matyas’ art exhibit, “Sol y Tierra.”

Matyas, who earned his master’s degree in photography at ASU nearly 20 years ago, began his journey as a journalist. During the presentation of her work, she told how “Sol y Tierra”, a 30-year-old photographic project, began with a foundation that traveled to a small village in the Mexican countryside.

What had started as a journalistic work turned into the realization of something beautiful and artistic. Matyas described how his inspiration came from the beauty of daily life in the village.

“I could pay attention to things like light or shadow, and the composition and character of people too, which started to show up in the pictures because I knew it was kind of like magic,” she said.

Displayed on the plaque titled “Finding No Other”, the first introduction to Matyas’ work is taken from a specific excerpt from his book which describes the work as being “an ardent love for a country which is not the mine and people not related to me”.

This love for Mexico is displayed in photos on plaques around a large expanse of four walls, through photos of unfamiliar people and faces that hold so many unspoken memories. Photos of rustic settings evoke a sense of nostalgia for a place you’ve never been. Matyas’ art captures a world across the border in a way we’ve never been able to see before.

“These two worlds always seem to be a mirror image of each other,” Matyas said in reference to the differences between the United States and Mexico. “I really started to want to cross the border like that and get to know people who lived in a place that was quite different from mine in different ways. It was a beautiful thing to get to know them and to find commonalities.

Guests like Buzzy Sullivan and Vanessa Brooks who were more than eager to discuss what Matyas’ show meant to them.

“I love coming here to Northlight, I think it’s a great community of photographers. And I especially love coming to this show – Emily Matyas’ show – to be able to see images of Mexico in the years 90,” Sullivan said. “I think Emily has the unique ability to show how rich Sonoran culture is.”

“It really captures a time and place that maybe no longer exists in some ways,” Brooks said.

Art exhibitions and presentations, like those of Matyas, are among the many overlooked masterpieces of ASU, and specifically the Northlight Gallery. With compelling images that hold so many untold stories and unspoken memories, there are countless reasons to come and visit the “Borders and Boundlessness” presentation.

“If people are interested in coming to see fine art photography that engages with today’s issues and what’s happening in the United States and around the world, they could come here and have and see those conversations unfold. on the wall,” Allen said.

The exhibition is open to the public until February 19 and the next presentation conference with Elrick will take place at 6 p.m. on Friday February 18.

Continue to support student journalism and make a donation to the state press today.