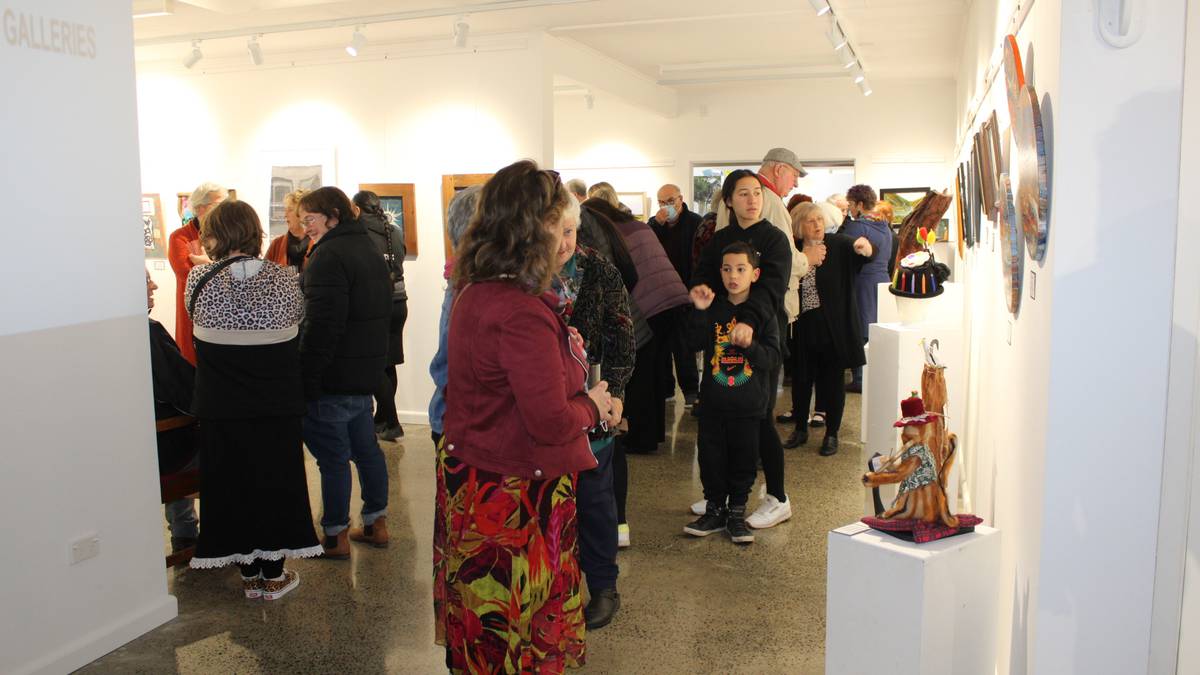 A crowd of over 80 guests enjoyed the artwork.

It was blessed at a dawn rally on June 24 and officially opened by Mayor Tracey Collis at 6:30 p.m. in front of invited guests.

A spectacular exhibition of art is on display for sale with a wide variety of art forms including acrylic, pen and ink and oil paintings, photography, crafts Maori in many of its different forms, wood and stone carvings and multimedia creations.

Some of them are featured in this edition, but there are many more to discover by visiting the gallery.

The Rinitawa Gallery and the Seventh Lindauer Art Exhibition on Thursday June 24 attracted a large crowd of guests, including a contingent of the Lindauer family who had traveled from all over New Zealand to Russell.

Woodville Art and History Group spokesperson Bruce Hutton, in welcoming all guests, described the journey to the gallery’s opening coincidentally just over 21 years since opening of the Lindauer Replica Gallery on the site.

He estimated the cost of converting the former Tararua District Council buildings into a gallery at $120,000, raised through sponsorship and volunteer labor. The final step was the installation of new signage which was just completed that morning and sponsored by the Meridian Te Apiti Power Up Community Fund.

He explained the renaming of the gallery from Lindauer to Rinitawa, saying it was the Lindauer family who suggested it, being the name the local iwi gave Lindauer when he lived in Woodville. The iwi agrees.

Peter Lindauer, speaking on behalf of the Lindauer family, said their family trust is Rinitawa and Woodville has a special place in his family’s memories as the place where they were raised and raised.

Bruce Hutton concluded by saying that the gallery was debt-free and planned to make it pay by restoring foot traffic and finding and supporting new artists, including re-establishing the artist-in-residence program with Czech Republic and developing programs to attract school groups. in the historical part of the gallery.

Mayor Tracey Collis described Maori links to Te Apiti stemming from Whatonga explorations 26 generations ago. She tied traditions to the unique geographical landscape of rivers and mountains before welcoming guests to the evening.

She thanked the Woodville Art and History Committee for the huge effort to create the gallery, saying it was part of the district’s policy to support the arts.

“The gallery is a credit to you all and I’m sure it will become the pride of the neighborhood.”

Collis predicted that once the Te Ahu a Turanga Manawatū Tararua highway opens in 2024, all the benefits of the gallery will be realized, but in the meantime “the gallery is another attraction for Woodville bringing visitors to our neighborhood” .

She also announced that the District Council has committed $250,000 to help fund the Lindauer Walkway alongside funding Waka Kotahi NZTA.

She congratulated all the artists for their magnificent work before declaring the gallery and the exhibition open.

How the Hilliard Art Museum connects to the community