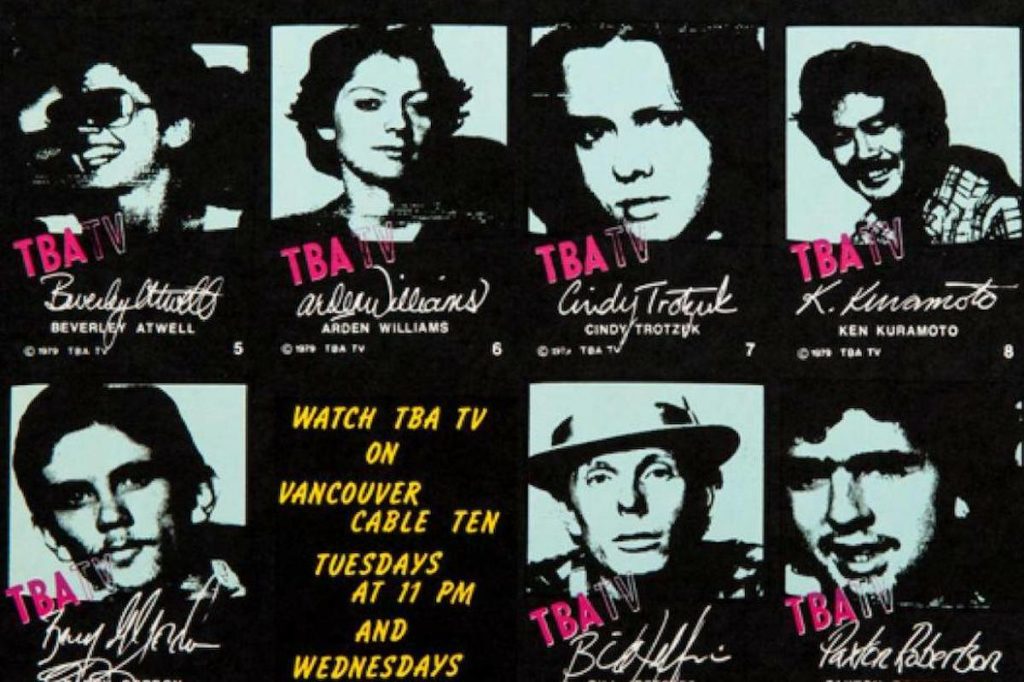 Art that delights in repetition and addresses the rise of mass media culture is featured in the winter exhibitions of the Surrey Art Gallery.

Opening on Saturday January 22 of the exhibition “P.Mansaram: The Medium is the Medium is the Medium”, centered on five decades of work of the deceased artist, and also “On Air”, a showcase of works of the permanent collection of the gallery. that illustrate “the way the media works to shape our worldviews – for better or for worse”. Free entry.

Organized by Rhys Edwards, “On Air” revolves around an interactive installation by the late media artist Nancy Paterson, who died in 2018. Entitled “Garden in the Machine”, the work invites visitors to pull a lever on a slot machine style device. which manipulates the images displayed on a series of nearby monitors.

â€œEach monitor goes through a series of TV clips from news programs, cartoons, game shows, religious programs, commercials and more,â€ according to an event notice. “Each time the lever is pulled, the resulting display is randomized, producing 729 different possible combinations of images.”

Although developed in 1993, Paterson’s installation is “timeless in its distillation of popular television culture.” By presenting visitors with random combinations of footage varying in tone from light comedy to serious reporting, Paterson anticipated the rise of the Internet and the now endless flow of content available to consumers. In places like Twitter feeds, Instagram’s “Explore” tab, or TikTok’s “For You” page, browsers can access an endless stream of terrifying and titillating posts. “

Also on display are “key selections” from SAG’s permanent collection, “many of which, like Paterson’s artwork, have never been exhibited before.” The works include an unusual double-sided print by 1970s video and media artist Michael de Courcy, photographs of the West Edmonton Mall by Vikky Alexander, and a colorful silkscreen print by Robert Davidson.

Meanwhile, Mansaram’s work is featured in a traveling exhibition curated by Indu Vashist and Toleen Touq, both with Ontario’s South Asian Visual Arts Center (SAVAC). The art exhibit was originally presented at the Justina Barnicke Gallery at the University of Toronto Art Museum in 2019 and later at the Art Gallery of Burlington in 2020.

For Panchal Mansaram, born in India, who died in 2020 while living in Ontario, â€œrepetition was an artistic practice, repetition was meditation, repetition was spirituality, repetition fell in love, and as he has it. said, rehearsal was a way to find God, â€explains an event notice.

â€œYet despite all this interest in repetition, Mansaram’s work is never repetitive. Figures and symbols appear and reappear in different spaces and configurations. Text and image play off each other. (The exhibition) shows how the artist used recurrence and reproduction through a variety of mediums. Visitors will see drawings, paintings, collages, texts, sculptures, xeroxes, silkscreens and films spanning more than five decades of the artist’s prolific career.

An exhibition opening event and curatorial conference will take place on January 22 from 6:30 p.m., followed by a conversation on Mansaram between Indu Vashist and Deepali Dewan on Saturday, February 5 at 2 p.m. The latter event is co-presented with Indian Summer Festival and moderated by the festival’s artistic director, Sirish Rao.

“Joy of the Photographic Print” is also on view at the Surrey Art Gallery until February 13th. The exhibition focuses on the alternative and traditional photography techniques of The Darkroom, whose members celebrate the slower and more laborious methods of producing photographic art.

SAG is also currently offering a two-channel video installation called â€œNaufragiosâ€ by Manuel PiÃ±a. Presented until March 20, 2022, the installation (in Spanish for â€œshipwreckâ€) captures the artist’s concerns about utopia, migration and space.

New to the gallery’s main entrance is the â€œEchoesâ€ window mural, by Richmond-based artist Atheana Picha. The artwork “celebrates the cultural significance of Coast Salish mountain goat horn bracelets and the importance the animal has to the people of this land.”

The bracelets “have an elegant design that never fails to inspire me and other Salish artists,” Picha notes. â€œThe bracelets show me that my ancestors took the time to design the utilitarian items in their lives, but also created work with the goal of creating something beautiful for themselves or a loved one. These pieces inspire me to take the time to create work that can work as something that can speak to my ancestors, but also to the dedication of my ancestors and mentors to visual design language.