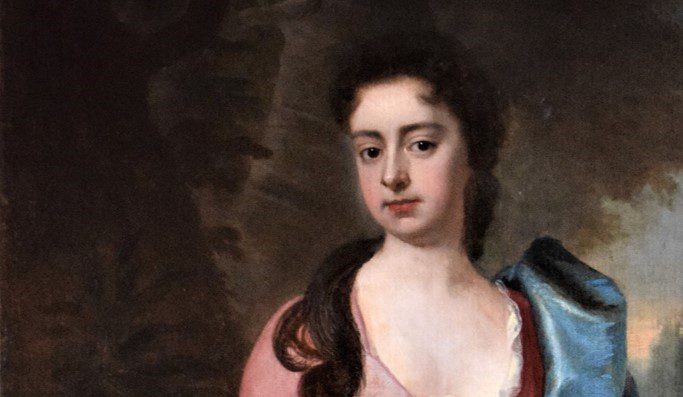 Science and art work together to solve the mystery of Swansea

Specialists from Swansea University and the council’s Glynn Vivian Art Gallery worked together to establish key facts about the oil, including the identity of the artist.

Their detailed work included an accurate analysis of part of the painting as well as loving repairs to the image.

The downtown gallery is now hosting a new exhibition – Indigo: Collections, Conservation, Chimie – which presents the painting and tells its story. The painting dates from the end of the 17the or early 18e century.

member of the council Robert francis davies said, â€œThe research on this project has been admirable and has solved a mystery dating back over a century.

â€œI hope people will be intrigued and visit the exhibition to find out the whole story!

The painting was listed in the original 1911 catalog of Glynn Vivian as Queen Anne as Princess by Sir Peter Lely.

An investigation began several years ago, with Jenny Williamson, the gallery’s curator, thoroughly cleaning and restoring the canvas.

The painter’s identity was resolved with the help of archives and analytical chemistry. Various techniques were used, in particular during the study of a blue pigment of the dress of the young woman.

Swansea University scientists CÃ©cile Charbonneau, Ann Hunter and doctoral student Katie Hebborn worked with Jenny to determine the chemical nature of pigments. They offered essential clues to discover the identity of the painter.

The work is now believed to be by Swedish-born portrait painter Michael Dahl (1659-1743), and the gallery changes its title to Portrait of a Young Woman from the Court of Queen Anne. It is on display in the new exhibition.

Jenny williamson said: “I feel privileged to have been able to do the conservation work, which revealed the quality and colors of this painting.”

Research Officer Dr Hunter said: â€œWorking as a team has shown how multidisciplinary art and science can be. “

Lecturer Dr Charbonneau said: “The Glynn Vivian project was for me a way back to forensic science and art analysis, which was so dear to me.”

The new exhibition is a partnership between Glynn Vivian and the University of Swansea. It is funded by a grant from the Royal Society of Chemistry Outreach Fund, with support from the gallery, council, SPECIFIC, Beacon and the university with support from the Engineering and Physical Sciences Research Council and the European Development Fund regional.

Get a taste of this avian art exhibit | Arts + Culture