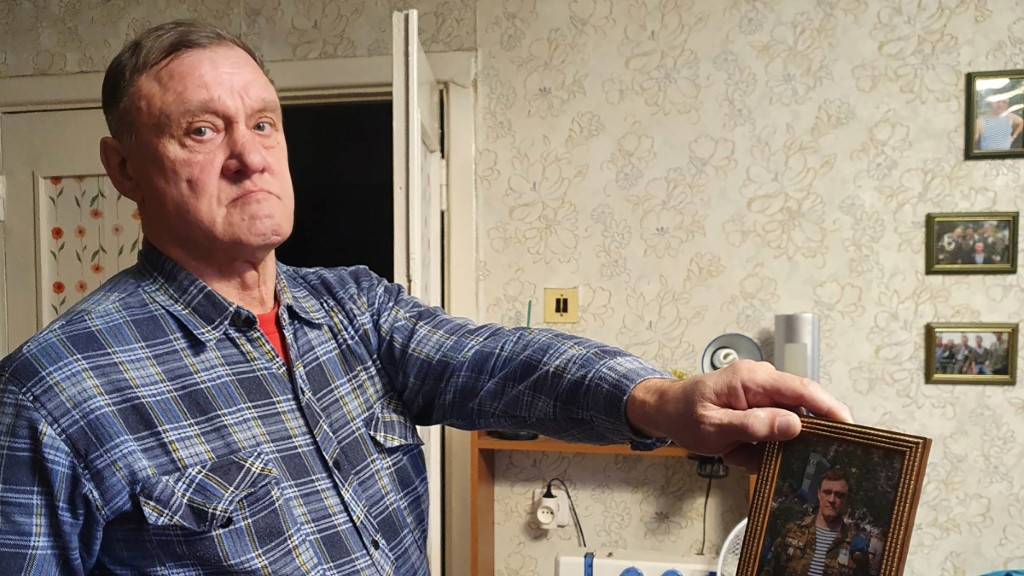 The ‘bored’ security guard who vandalized a £750,000 painting in Russia has been unmasked as a decorated war hero for his military courage.

Alexander Vasiliev scribbled a few eyes on the blank faces of figures in classic Anna Leporskaya painting during his first shift at the Yeltsin Center, located in the city of Yekaterinburg in the Sverdlovsk Oblast region of the central-western Russia, December 7, 2021.

All this happened during an exhibition called “The world as non-objectivity”. The Birth of a New Art’ and, after the bosses noticed the painting had been defaced, he lost his job.

Now the security guard has explained how the doodle came about, confessing: ‘I’m a fool, for what I did’, before going on to say: ‘To be honest, I didn’t really like these images. [at the exhibition].

“They left a difficult impression. I tried to pass without looking [at them]. I watched how people reacted and then I saw 16 or 17 year olds standing around and discussing why there are no eyes, no mouths and no beauty.”

He told Yekaterinburg newspaper E1 that he was encouraged by schoolgirls visiting the exhibit.

“There were girls in the group, and they asked me: ‘Draw on the eyes, you work here’.”

He also said he thought the work was done by young people and said he even asked those who encouraged him to draw on it if it was their paintings and they apparently said it was the case.

He continued, “They gave me a pen. I drew the eyes. I thought it was just their kids’ drawings.

“I saw people walking by smiling.”

He claimed he asked to return home soon after because his wounds from the Chechen war – when his body was riddled with bullets and he was not expected to survive – had started to hurt.

In 1995, a senior lieutenant, he was one of only four out of 36 soldiers in his detachment to survive a fierce firefight.

His wife Yulia – a Covid nurse – said he was a ‘normal man’ but could be ‘naive like a child’.

She blamed her war wounds for her action.

The results of the doodling session resulted in the paint being “slightly penetrated” by the ink as the canvas was not coated with a protective varnish.

The image was removed from display and returned to the Tretyakov Gallery in Moscow where refurbishment took place at a cost of around £2,500.