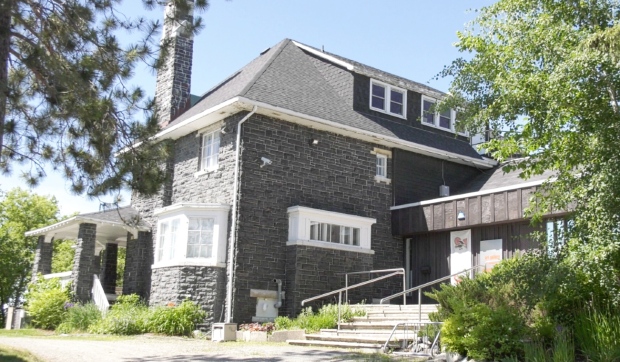 The Art Gallery of Sudbury’s assets worth $6.39 million are to remain part of Laurentian University’s insolvency process, according to court documents filed by the process monitor.

Accounting firm Ernst & Young is the monitor, a role in which it acts as an independent observer in the process under the Companies’ Creditors Arrangement Act (CCAA).

The AGS will go to court next month to try to separate its assets from the insolvency process. They include the Bell Mansion (valued at $1.3 million), the art collection (valued at $4.8 million), as well as funds held in trust (approximately $216,000) and the library (20 $000).

The fate of AGS assets is of particular importance at this time, as Greater Sudbury plans to spend approximately $50 million to build a new art gallery and library in downtown Sudbury, a project known as the name of East Junction.

While the gallery said in an earlier court filing that it joined LU’s claims process in error, Ernst & Young said the AGS assets belonged to the university and that separating them from the process would be unfair to the other applicants.

Laurentian received the Bell Mansion in 1967 and operated the LU Museum and Art Center (LUMAC) from the mansion until 1996. This was when AGS was created as a separate company, in the purpose of eventually transferring ownership of all assets to AGS. “on the basis of satisfactory evidence that the new entity is able to ensure the continued operation of the installation.”

The gallery has operated under an agreement signed in 1999 in which AGS operates the gallery for LU – but the university retains ownership.

Also at issue is a 1981 donation from Barbara A. McDonald, who gave two properties that were sold, with the proceeds going only to purchase artwork or pay renovation costs to the gallery. . If LU closed the museum, all remaining funds were to go to the Royal Ontario Museum (ROM). With interest, this fund should have about $216,000.

“However, the Comptroller notes that LU did not segregate funds from BA McDonald,” the court documents state.

“These funds were deposited into LU’s general operating bank account and used generally in operations.”

In reviewing the claim, the Comptroller ruled that the AGS had no right to BA McDonald’s funds, because if the gallery goes out of business, that money will go to the ROM. There is also no documentation showing that the AGS owns the building, library or art collection.

While AGS wishes to separate its assets from the process and withdraw its claim, the monitor argues that the assets clearly belong to LU and are therefore part of the insolvency.

“If the relief sought by AGS in this motion were granted, it would have the effect of treating the AGS Claim differently from claims filed by other parties in the Claims Process, including other trust or property,” the controller wrote.

“It would be unfair to LU’s stakeholders and contrary to the purpose of the CCAA.”

LU intends to sell the Bell Mansion, the Monitor said, and use the proceeds to help it emerge from bankruptcy.

“The Comptroller also understands that LU is considering all of its options with respect to the art collection assets,” the court document states.

“LU is at a critical stage of its restructuring and is in the process of formulating a plan to present to its creditors. LU cannot do this unless it is certain as to the amount and nature of the claims against LU, and as to the property which is available for distribution to creditors.”

The dispute will be heard in a court hearing next month. Read the full court case here.