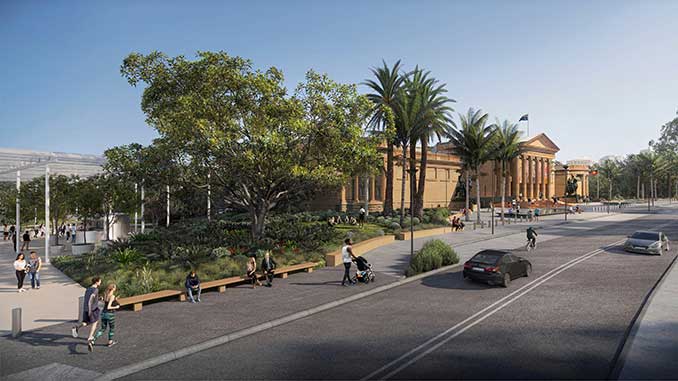 The Art Gallery of New South Wales announces nine days of art, music, performance and lectures to celebrate the opening of the new building

Grammy-nominated international pop star Ellie Goulding will headline a concert as part of nine days of opening celebrations – including a lecture series and a spectacular artist-designed nighttime drone show – when the Art Gallery of New South Wales opens its new building on December 3, 2022.

The Concert Art for all is one of the highlights of the curated program of art, lectures, performances and workshops from December 3-11. The program of cultural events and experiences will celebrate the opening of Sydney’s new cultural landmark, the new art gallery building designed by SANAA, bringing to life many forms of art beyond the walls and art gallery grounds.

Key highlights of the program include:

The opening celebration events for the new art gallery building are proudly supported by the NSW Government through its major tourism and events agency, Destination NSW.

“The opening of the new Art Gallery of NSW building is a chance for everyone to celebrate the best of Sydney art and culture within the grounds of the estate. We are delighted to share this free nine-day program with Sydney and the world at this stunning new cultural destination, which will open in a month,” said Arts, Tourism and Indigenous Affairs Minister Ben Franklin.

This stellar program of events will be a major draw for visitors to Sydney, attracting over 33,000 visitors to the port city and injecting $20 million into the New South Wales economy.

It is part of an unparalleled calendar of world-class events that the NSW Government is building to achieve its goal of making Sydney and NSW the major events capital and premier tourism economy in Asia-Pacific.

The transformation and expansion of the Art Gallery of NSW will create an art museum campus with two buildings linked by an art garden. The centerpiece of the project is the new building designed by Pritzker Prize-winning architects SANAA, which will open on December 3.

“The Art Gallery expansion is the most significant cultural development in the city since the Sydney Opera House nearly half a century ago,” said the Art Gallery Director of New South Wales, Michael Brand.

“We invite everyone to join us for any or all of these exciting free events that extend the impact of art beyond the walls of the art gallery.”

“With the opening of our spectacular new building and the revitalized existing building, we will now be able to better connect the voices of artists past and present with our audiences.”

“And to be a generous host for those who arrive with an open mind, very focused eyes and a sense of visual adventure,” Mr. Brand said.

As part of the celebrations, the art gallery will extend opening hours in both buildings. From December 3 to 11, the Art Gallery will be open from 10 a.m. to 10 p.m. (except Tuesday December 6 when the existing building will close at 5 p.m.). For more information visit: www.artgallery.nsw.gov.au for more details.

Image: Architectural rendering of the forecourt and reflecting pools of the Art Gallery of New South Wales, designed by Kathryn Gustafson and GGN, with the new building on the far left – produced by bloomimages Berlin GmbH