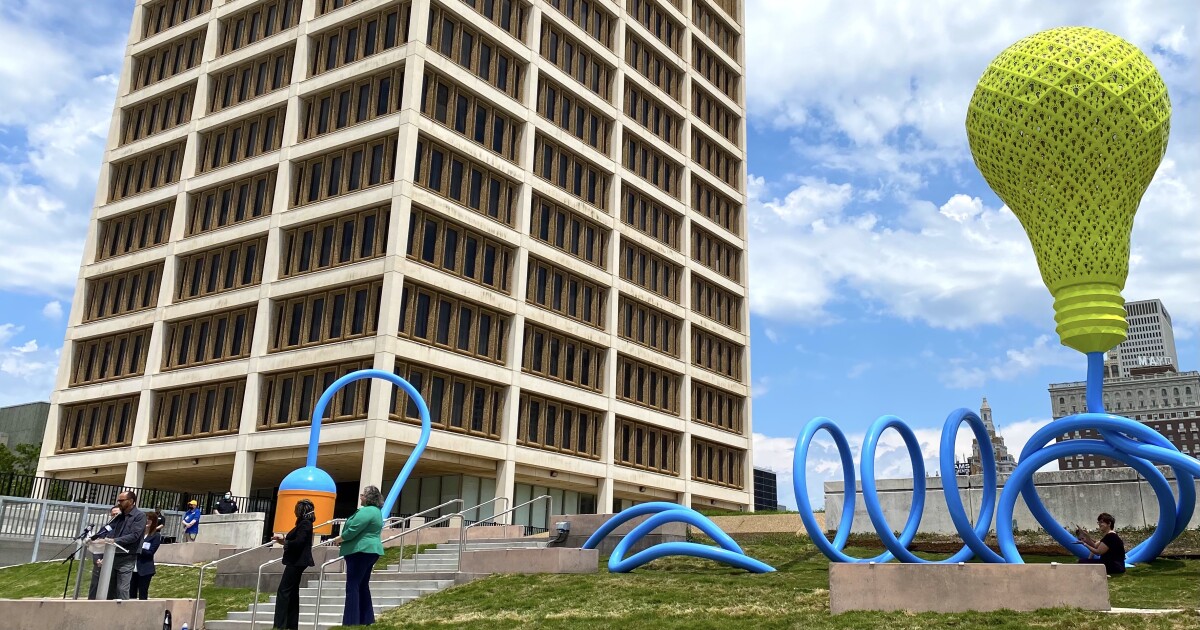 The city of Tulsa hosted a dedication for new public art at the Cox Business Convention Center on Friday.

Andrew Ramiro Tirado’s “Highlight” spans the steps of the new plaza at the building’s eastern entrance.

It consists of a two-prong plug that closely resembles the Blue Dome building and symbolizes Tulsa’s past; a curved blue metal electrical cord that symbolizes the present as a link between the past and the future; and a yellow light bulb that can be turned on.

â€œInherently, Tirado’s sculptures send meanings of help, strength, care and love, and what could be more expressive and evocative than a light bulb? An illuminating, hopeful, encouraging and delicious beacon in the chaotic world we live in. ” Lawson said.

Councilor Kara Joy McKee spoke about the new room in her neighborhood at the grand opening.

â€œArt is so human, and when you see that behind me – connected, woven, ascending, night, shining – it says something about who we are and who we want to be,â€ McKee said.

Tirado said the bulb is the focal point of â€œHighlight,â€ and that it has two distinct meanings, especially as the centenary of the Tulsa Race Massacre approaches.

â€œIt speaks of a bright and shining future for Tulsa, of an inventive and innovative future; however, and from the start, the bulb speaks of the notion of shedding light on the subject,â€ Tirado said.

â€œHighlightâ€ was funded by a Vision Tulsa sales tax program requiring that 1% of all public construction costs be spent on art.

â€œWe had the opportunity to put up public art that would be a real draw for people. It wouldn’t just be a facility that we were upgrading, â€said Mayor GT Bynum.