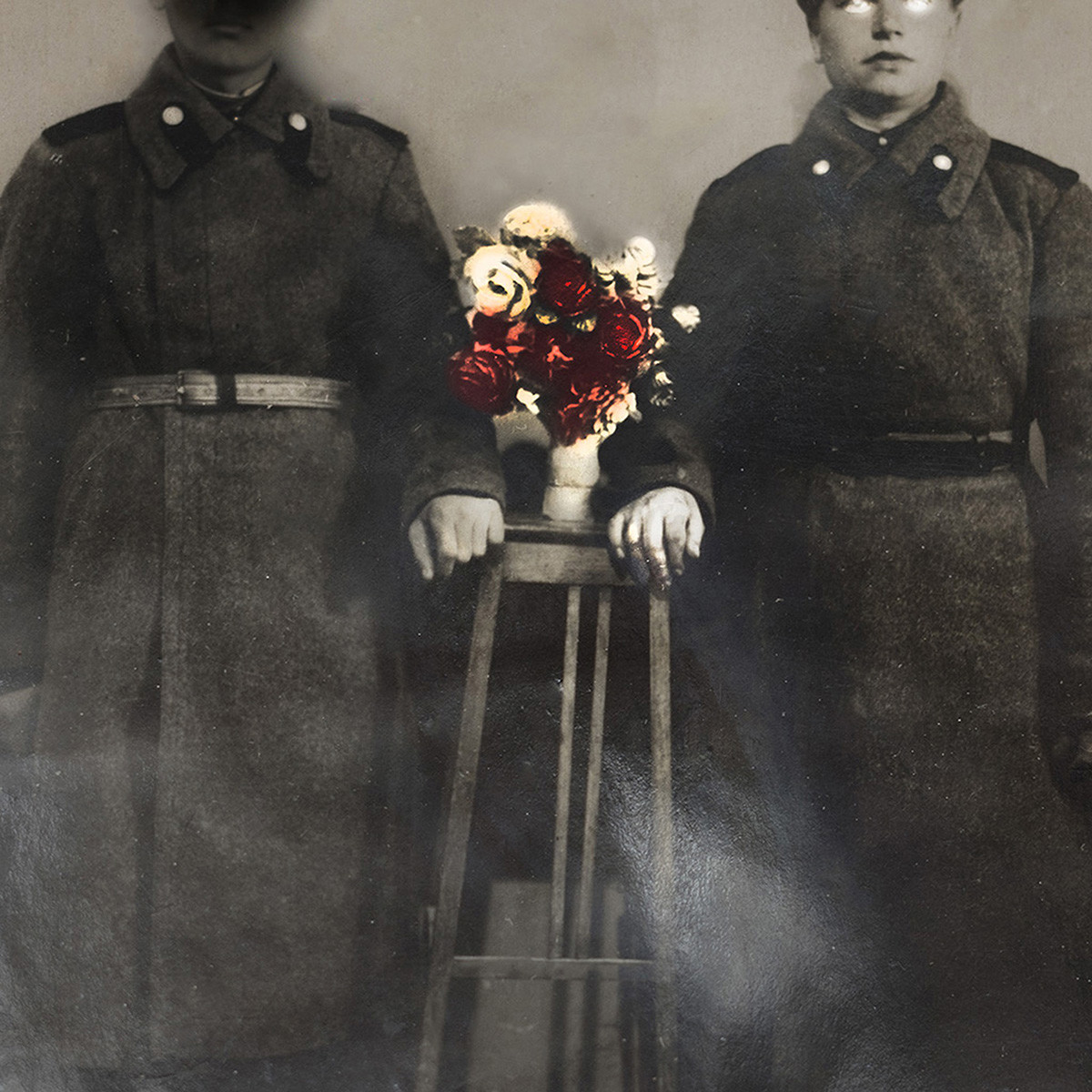 The Kharkiv region is one of the regions most affected by the Holodomor. Symbolically, Kharkiv is now in the global media spotlight as a city close to the border and could be one of the first to suffer in the event of a military invasion.

“For me, this project is also a contribution to the dialogue on social justice and human rights. The current war against Ukraine is based on the same weapons that were normalized during and after the Holodomor: disinformation, denial and cover-up. MARIA is a metaphor for personal and collective suffering”, — commented the artist Lesia Marushak.

Austrian engineer Alexander Wienerberger, lived in Kharkiv in 1932 and recorded the terrible consequences of the genocide in a photo album which is an important document on the Holodomor. His photographs inspired Maruschak’s Counting series.

The project is named after Maria F., a Holodomor survivor who lives in Canada. His family photography and story was one of Maruschak’s main inspirations.

The image of Maria embodies the memory of millions of people, her story is a compilation of many memories. The author’s works convey an emotional and rational response to crime, formed on the basis of the stories of Holodomor survivors. Lesia Maruschak collects visual evidence and verbal accounts from the Ukrainian community in Canada and gives voice to the victims of the genocide. The exhibition features vernacular photography in the author’s interpretation of the Counting, Transfiguration and Erasure series as well as videos by George Hupka. Commissioner — Kateryna Radchenko.

“Invisible confrontation, tension and pressure permeate the exhibition space. Photographs of Holodomor victims are placed alongside images of soldiers who committed the crime. Other works are printed on light silk, as fine and transparent as our memory,” — explains the curator Kateryna Radchenko.

Ukraine Tour 2020-2023 of the MARIA Project sponsored by the Ukrainian World Congress.

MARIA Project has been presented in nine countries, the book based on the project was shortlisted for the Photo Book Prize at the Rencontres d’Arles in France (2019) and received the Grand Prix Award and the Best Book Design Award at the International Festival of Art. book arsenal in Kiev (2019).

In September 2020, The Guardian acknowledged MARIA Project as an exhibition not to be missed at the Landskrona Fotofestival 2019. The first exhibition in Ukraine opened in autumn 2020 at the National Holodomor Genocide Museum (Kiev). After Lviv, the exhibition will travel to Kharkiv and Dnipro, followed by other cities in Ukraine.

Lesia Marushak was born in 1961 in Saskatoon, Canada. Currently, she works and lives between Alvena and Ottawa. The artist superimposes and reconfigures traditional notions of imagery, often using the medium of photography as the subject itself. Her work frequently explores marginalized histories and notions of cultural identity. His works are represented in the collections of The National Art Library, Victoria & Albert Museum in London, Thomas Watson Library at the Metropolitan Museum of Art in New York, the European House of Photography in Paris, Boston Athenaeum in Boston, City of Ottawa Art collection in Ottawa, among many others.

Kateryna Radchenko is a curator, photographic researcher and lecturer. His research focuses on manipulation, propaganda and vernacular photography. Curator and founder of the international contemporary photography festival Odesa Photo Days.

Created in 1967, the Ukrainian World Congress (UWC) is the global voice of the Ukrainian people in the world. As an international non-governmental organization, UWC represents the interests of over 20 million Ukrainians in the diaspora, unites Ukrainian communities and organizations in more than 60 countries and works to support a democratic and prosperous European Ukraine.