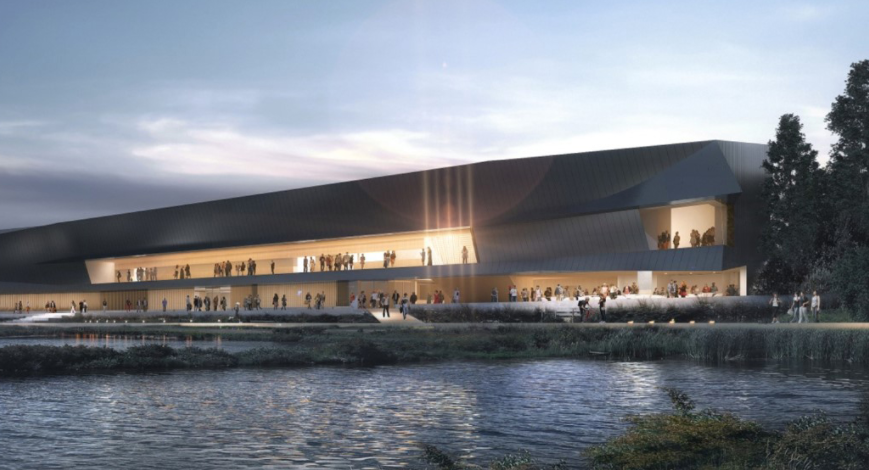 Ottawa has received requests for funds for two other local projects in the same program.

THUNDER BAY – The Thunder Bay Art Gallery has asked the federal government for additional funding for the gallery it plans to build on the waterfront.

The government has already committed $ 15 million to the project from two funding sources.

Gallery director Sharon Godwin confirmed the new app after an investigation by TBNewswatch.

According to Godwin, the gallery sees the fund as an opportunity “to potentially improve the new building and create a clean carbon neutral facility.”

Individual projects are eligible for up to $ 25 million, but Godwin declined to reveal how much the gallery is asking for.

She said that “if funding is given … improvements will be made to what is already a very efficient facility design.”

The $ 33 million project also received $ 5 million from the City of Thunder Bay, as well as support from the Northern Ontario Heritage Fund and community donors.

Located on vacant land between the Marina and the Alexander Henry Museum Ship, the building will include more than double the space of the current gallery space on the Confederation College campus, a cafÃ©, an events hall, outdoor art and an extension of the waterfront trail.

In 2018, it was hoped that construction of the two-story, 38,000-square-foot facility would begin the following spring.

By early 2020, the tentative target date for sodding had been pushed back to the end of the year, but construction has yet to begin.

In a statement to TBNewswatch, Godwin said the lockdowns related to COVID-19 have created many challenges for the project, but work continues and “these challenges are being strategically and cautiously mitigated by the gallery.”

She said the TBAG “weighs the changes and impacts of both the environmental process and the impacts of COVID-19, including expected increases in the cost of building materials.”

It is likely that efforts to determine how to treat contaminated soils at the site have also contributed to escalating costs.

The construction site contains pollutants from decades of industrial operations.

It took three years to develop a mitigation plan acceptable to the Ontario Ministry of the Environment.

The approved plan largely involves capping parts of the site.

Godwin said the mitigation measures are currently being incorporated into the building and landscape design by the architects.

She said once the tender and construction schedules are confirmed, the gallery will provide an update to the community in late fall.

Godwin said the TBAG board remained fully engaged in the project and worked strategically to bring it “to its final conclusion.”

However, this may indicate that there will be no excavators in the ground until 2022.

Fall is also a time when the federal government is expected to announce which developers will receive money from the Building Green and Inclusive Communities Fund.

Applications have been submitted to the same fund for at least two other projects in the Thunder Bay area – the City of Thunder Bay indoor turf facility and a proposed long-term care home on Fort William First Nation.

The Albright Knox Art Gallery will reopen in May