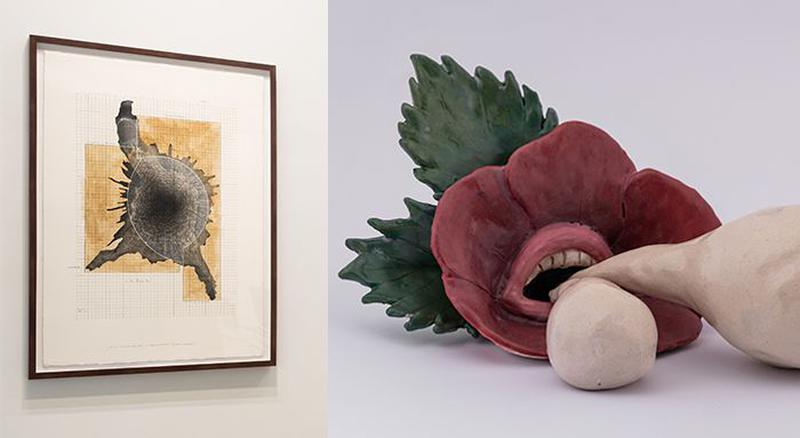 The exhibition will feature 26 artists with more than 250 works, focusing on the amount of art that emerged during the pandemic years, a time when artists were “alone together”. Creative Director Shireen Gandhy explains that the idea behind Modus Operandi originated from a former colleague in 2018. Shaleen Wadhwana conceived the idea of ​​bringing Chemould artists together under one roof at a price that would induce young buyers.

“The central concern of Scaria’s recent practice is humanity itself, its essence, the meaning of existence, man’s relationship with society, the world and finally destiny. Man’s journey beginning with the Garden of Eden will eventually end in Golgotha, and the resting place will not be in the clouds. The sanctuary is breached and humanity is reduced to a biogenetic structure, exposed to the possibilities of extinction like never before.

“It all started with the water tank perched on top of the buildings – an iconic and monumental deity – a lifeline for the people of the city. However, an Indian Express article pointed out to me that the one of Mumbai’s water sources is the Vaitarna upper dam in Nashik district, 120 km away.The irony is that during the summer months, in the tribal settlements within 2 km of the dam, women have to abseil from 60-foot-deep dry wells using flimsy ropes to get drinking water for their families.In some villages in Maharashtra, men marry multiple wives with one intention: to fetch water for the household. Known as “Paani Bais”, the women live cordially together. Water-intensive crops like sugar cane are grown by political bigwigs in drought-prone areas where suicides of farmers t common currency. Add to this the fact that village ponds and wells are off-limits to “untouchable” communities, even though they are open to animals. Water, construction, injustice and urban-rural inequality loosely form the backdrop to this body of work.

“This series, a set of watercolors embellished with glowing threads and natural seed beads on a woven metallic fabric (Have a), is a tribute to all jugnis — rebels. Subverting the language of the embroidered Russian icons of the Madonna, these embroideries play on the language of veneration to draw attention to the action of women. These works seek to emphasize that women are active agents of political and social change and that they hold more than half the sky.

The exhibition continues until September 10, 2022, Monday to Saturday from 10 a.m. to 6 p.m. The gallery is closed on Sundays and public holidays.

If you enjoyed this read, we also suggest: