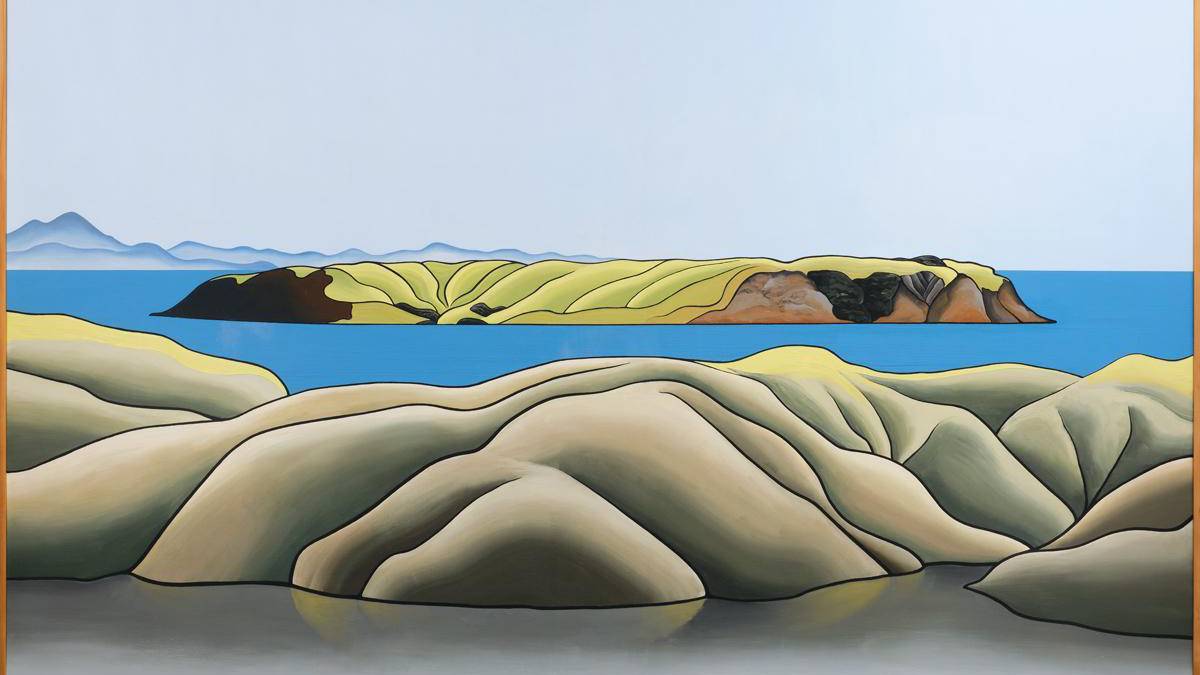 The striking work of artist Don Binney in collaboration with students from Victoria University. Photo/Webbs

Victoria University of Wellington will lose some of its mana by auctioning off a Don Binney artwork created specifically for the university, according to a Wellington art writer.

The work – Mana Island – is up for auction after 50 years on display at the university. It was painted by Binney in 1971 as a thank you for the loan of studio space while he worked as a visiting lecturer on campus.

The painting was a collaborative effort between Binney and the students who brought their own ideas and inputs to create the impressive 2.6m x 3.6m artwork which shows Mana Island and the surrounding hills of the port of Porirua.

“It’s Binney’s only work that can be considered a mural – it was inspired by his time in Mexico, so it’s big, bold, graphic and remarkable.

“It’s always sad when a piece of public art leaves the place it was made for… the place loses mana. When things are taken out of context, there’s always a sense of loss but of course buildings change or get demolished over time so that’s not to say it shouldn’t be sold.”

Nicholas Green is chairman of Victoria’s University Students’ Association Trust, which is handling the sale.

He told the Herald that Binney’s work had been purchased by the Victoria University Students’ Association (VUWSA), who had in turn donated it to the trust – but it was decided that it would not was more in the long-term interest of the trust, nor of the students. association to keep him in his place.

“We spoke to [Victoria University of Wellington] to sell it to them, but as they said, times are tight and they couldn’t afford it.”

The artwork is currently up for auction with an estimated price of between $500,000 and $800,000, but Green says it’s “everyone’s guess” what it will really sell for.

He told the Herald that selling the art was in the best interest of the student body and in fact it could also benefit the work.

“It actually has a bit of sun damage from where it sat…it’s a beautiful job, we hope to see it in good hands and as we say we have VUWSA’s best interests at heart. .”