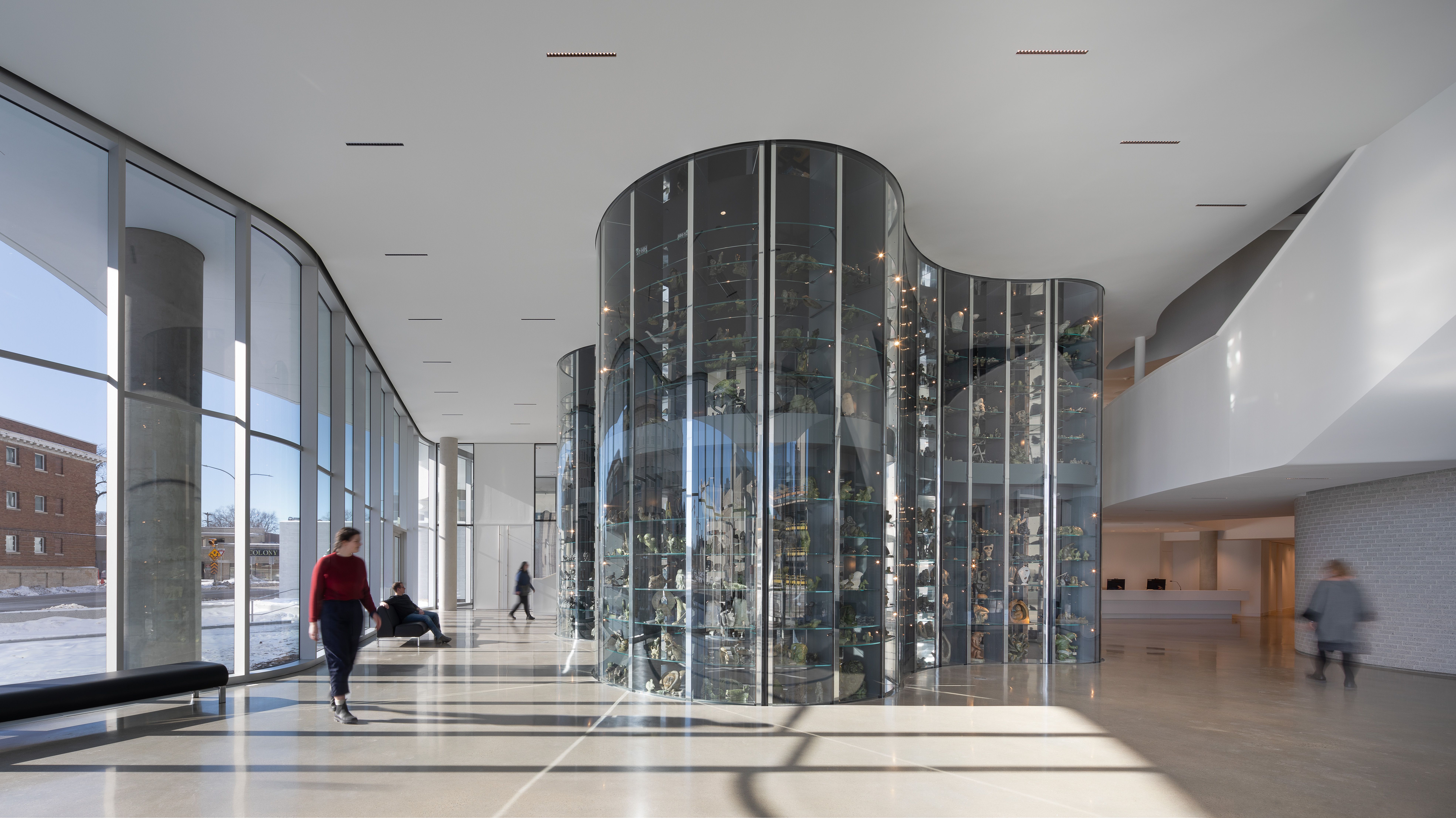 An interactive digital platform launched by the Winnipeg Art Gallery (WAG) -Qaumajuq offers anyone the chance to get up close and personal with some of Canada’s most significant Inuit sculptures, said the museum’s head of learning and programs.

“We celebrate the diversity and resilience of Inuit art and artists from across the country”, Rachel Baerg said in a telephone interview.

“We want to celebrate and inspire and get people to think beyond the simple sculpture they are looking at, but also to understand the context, the culture, the community, the stories and the legends.”

One of the unique features of WAG-Qaumajuq is the visible three-storey vault. Forty-five hundred sculptures are currently exhibited on its 492 shelves.

The interactive digital platform Visible Vault was launched on July 22 in English, Inuktitut and French and features 150 key pieces from the collection.

Explore the diversity of Inuit art in Canada

The platform allows visitors to take a 360-degree tour of the vault, listen to audio clips, watch videos and learn more about the artists and their origin.

“In the past, in many museums and galleries, non-native curators spoke of the importance of the works”, Baerg said.

“So we really wanted to bring out the perspectives of as many different Inuit knowledge keepers, artists, curators, performers and elders as possible. We’ve captured all kinds of audio and video clips so it’s like little art stories that we add for each of the key pieces and allow us to bring a lot of voices to the table, which is just a whole new one. way of exploring a work. . “

The selection of parts for the launch of the platform took place over several months. The project was led by the Inuk curator Maxine Anguk and involved the museum’s educational and conservation teams as well as the museum’s Indigenous advisory circle.

The goal was to launch with pieces that represented the diversity of Inuit sculpture from different geographic regions and periods, to materials and subject matter.

“We wanted it to be almost like a visual encyclopedia, mapping art and its development from the early 1950s until today.” Baerg said.

Phase two will be launched on site in September

The project team also looked for ways to educate visitors on different aspects of Inuit sculpture, including the nuances of the stone used.

“When you walk through the vault, you literally cross the different geographic regions of the North”, Baerg said. “YesYou can actually see the change in color of the stone, as well as how the techniques change, as different types of artists work with different types of stone.

“With the online platform, we actually have an article that talks about the different stones and how they were mined in different parts of the north. Things like that are part of what makes the platform such a big window for people to understand this work better. ”

Phase two of the project is expected to launch in the museum in September and will allow visitors to access information about the 4,500 sculptures on a virtual platform only on site.

the The interactive digital platform Visible Vault is accessible here in all three languages.

Write to Eilís at eilis.quinn@cbc.ca

Related stories from the north:

Swindon Museum and Art Gallery will be moved to municipal offices