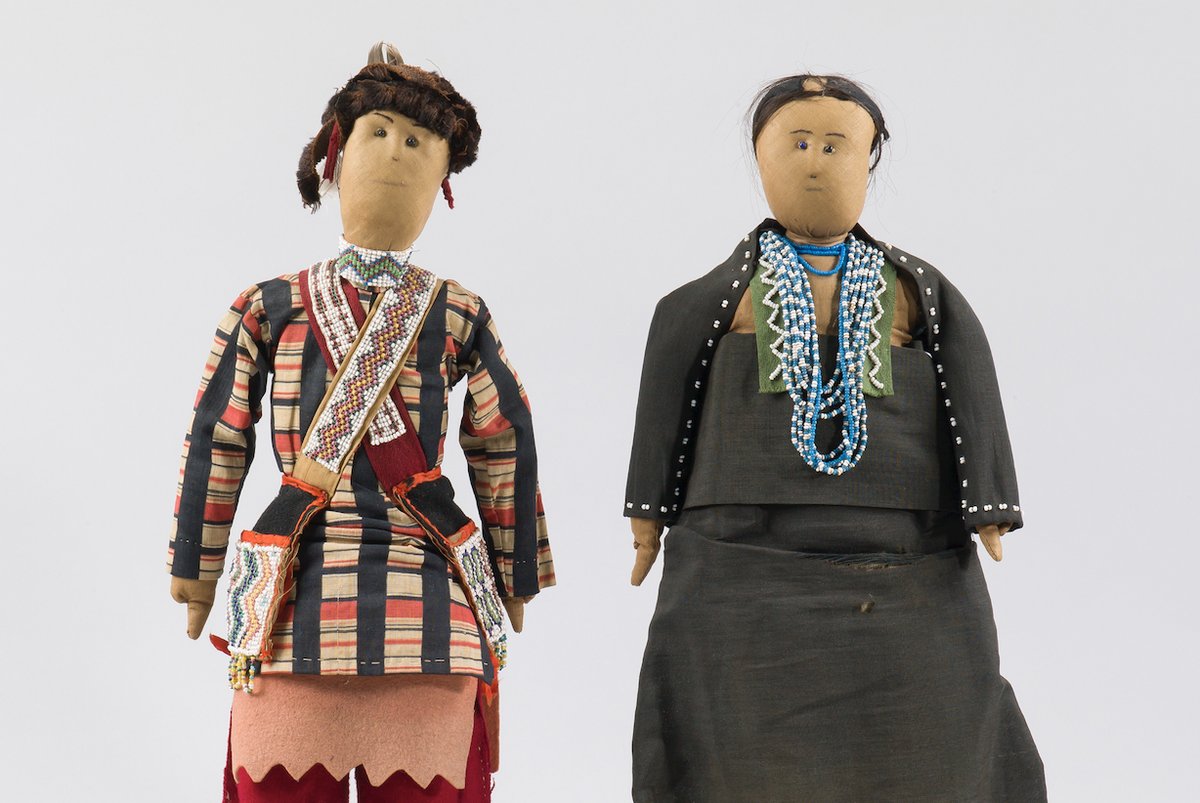 “Woodlands” at the St. Louis Art Museum offers a rare look at Native American art from the East

The upper level of the St. Louis Art Museum houses many works of art originally created by Indigenous peoples of the West and Great Plains, hundreds of which were donated by Carolyn Danforth on behalf of her husband, Donald Danforth Jr.

But now, a previously less explored area of ​​Indigenous history is highlighted in Gallery 100, where Woodlands: Native American art from the Saint-Louis collections is on display until April 24, 2022.

Brought together from local collectors and regional artistic organizations, the objects exhibited in Forests all are from the cultural region of North America that stretches from the Mississippi River to the Atlantic coast and from Hudson Bay to the Gulf of Mexico.

“This exhibit is truly a study of historic Woodland art,” says Alexander Brier Marr, associate curator of SLAM’s Andrew W. Mellon Foundation for Native American Art.. “I want people to come and see for themselves the breadth of historical material, styles and patterns created by Indigenous artists in eastern North America since the early 19th century.

Marr, who organized the exhibition, notes that this survey largely covers works from the 19th century, but that it also dates back to the late 18th century and includes a work by Norval Morrisseau, which inspired a generation of artists from the First Nations and founded the Woodlands School. of art in Canada in the second half of the 20th century. Morrisseau’s work, “Untitled (Bear)”, is one of seven recently donated works that have expanded SLAM’s collection of Indigenous works of the Woodlands Cultural Region. SLAM has exhibited Western Native American art since 1906 and has collected it since 1920, but has acquired relatively few objects from the woodland region during this period.

“This is the smallest area of ​​our collection [of Native American art,]”says Marr.” We have about 900 works, in all, from old to contemporary, and for oriental art, I think there were about two dozen works in the collection. It is a very small portion compared to the southwest. So the limited size of the collection means we haven’t really exhibited Woodlands art before. “

In addition to donated pieces, which were donated by Bob and Donna Mills and Donald A. Herbst and Danielle Foster-Herbst, Marr has worked with private collectors and other art institutions to bring together items ranging from dolls to clothing and accessories. embroidered bags made as souvenirs. .

“It has been such a pleasure to work with other institutions and private collectors,” says Marr. “Everyone was very generous and excited about the project, and even I was surprised to see the breadth and strength of Woodlands in St. Louis.

Woodlands: Native American art from the Saint-Louis collections is a free exhibition in Gallery 100 of the St. Louis Art Museum. It runs until April 24, 2022.