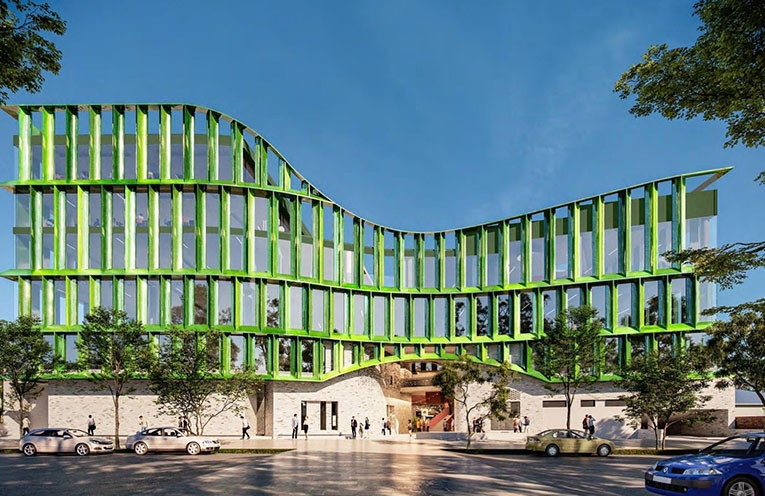 The future COFFS Harbor Art Gallery and Museum, currently under construction at Yarrila Place, will be officially known by the acronym YAM.

YAM is an acronym for Yarrila Arts & Museum, and the acronym name follows the recent approval by Coffs Harbor City Council of the official name of the Yarrila Place Culture and Civic Space (CCS) building.

Other shortlisted names for the new art gallery and museum include Coffs Museum and Gallery, AMY (Arts and Museum, Yarrila), and CG&M (Coffs Gallery and Museum).

The Board decided to adopt the YAM name for the Combined Yarrila Place Art Gallery and Museum at a Board meeting on Thursday, October 14.

At the meeting, Cr Sally Townley proposed an alternative amendment to instead hire the Council’s branding consultants, North Branding, who had recently undertaken the Council’s rebranding to review the name of the new gallery of art and museum of the region.

However, Council Chief Executive Steve McGrath said Council has already engaged with the brand company regarding the new name of the Art Gallery and Museum.

Cr George Cecato asked where the new acronym YAM would be written on the new building.

“If I understand you correctly, we are physically going to have signs in the area saying YAM, is that correct?” Cr Cecato asked during the meeting.

Mr. McGrath confirmed that the acronym YAM will be used throughout the new building.

Cr Tegan Swan asked if the Council intended to use the acronym YAM or the official full name.

“Some parts of the signage will have the full name, but on some orientation signs it will be more common to use the acronym,” McGrath confirmed.

Cr Paul Amos spoke against Cr Townley’s amendment and said he felt â€œindifferentâ€ about the proposed acronym for the new art gallery and museum.

“That name will be on this building for a long, long time,” said Cr Amos.

â€œWe need to think long and hard about this.

“I like (the idea of) the acronym with the building, it’s futuristic, it has the regional library, it has the office, it has the gallery, it’s green, it could be the big green frog !

Cr Michael Adendorff asked how many consultations had been carried out to arrive at the acronym YAM for the new building.

“Are we not going into total disregard for the importance of the work that has been done to come up with the name Yarrila?” asked Cr Adendorff.

“I don’t know where YAM came from, where the consultation is behind it all, I just don’t understand how we got to YAM.”

Mr McGrath, however, confirmed that extensive consultations had been undertaken between the Council and relevant stakeholder groups to come up with the acronym of YAM.

Cr Townley’s amendment that the responsibility for the designation of the new regional art gallery and museum be incorporated into the Branding Consultant’s brief was rejected.

Councilors ultimately voted 6 to 1 for the council to adopt the name YAM (Yarrila Arts and Museum) for the combined art gallery and museum at Yarrila Place, with Crs Denise Knight, Paul Amos, George Cecato, Keith Rhoades, Tegan Swan and Sally Townley voting for the new acronym YAM, and Cr Michael Adendorff voting against.

The designation and associated signage will be completed as part of the construction of the CCS project, which is expected to be completed in October 2022.